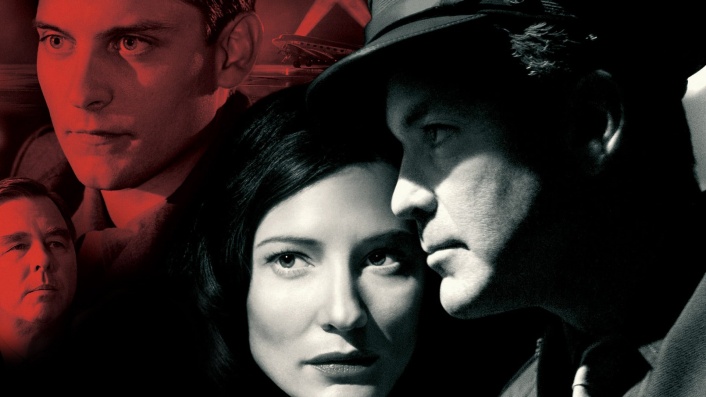 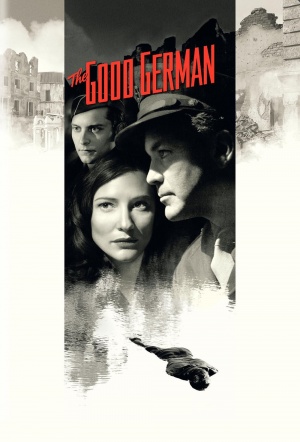 Based on the novel of the same name, this Soderbergh/Clooney collaboration is set days after the Allied victory in World War II. More specifically around the Potsdam conference, the Churchill-Truman-Stalin summit in Germany in which German conquered territories where divided amongst the West & Russia. It follows Jake (Clooney), an American reporter there to cover the conference. Whilst there, a hunt for his old flame Lena (Blanchett) plunges him into a web of mystery and deceit as she desperately tries to escape her past.

Shot as an homage to the Warner Bros classics of the 40s like The Maltese Falcon’, and in particular‘Casablanca.

This black-and-white backlot production endeavors to recapture the bitter romanticism of such '40s studio artifacts as "Casablanca" and "A Foreign Affair" while adding contemporary frankness. But doing what came naturally to Hollywood craftsmen 60 years ago is clearly harder than it appeared, as Soderbergh can't duplicate the look and feel of the old-fashioned entertainments he means to honor...

Soderbergh couldn't bring Humphrey Bogart and Ingrid Bergman back from the dead, but he did the next best thing. He hired George Clooney...

I hold Soderbergh in high esteem, but as handsome a technical achievement as it is, The Good German plays to me as a failed experiment...

Self-consciously clever but utterly unengaging, this artfully antique black-and-white drama by the versatile Soderbergh is fatally handicapped by a lack of chemistry between its two leads...

Blanchett gets everything right -- the accent, her German dialogue, the weary sexuality (deliberately reminiscent of Marlene Dietrich) and the amorality her character has embraced...

Overall, while the film is a gorgeous, nostalgic cinema experience, and there's definitely a multiple of mini-plots to unravel while you work towards the final resolution, the film comes up as a bit of a dud...

This should have been Soderbergh gold. Instead it is mostly unengaging and dull, proof positive that they don’t make them like they used to...