Review: The Hobbit: The Desolation of Smaug

Actually my interest in the LOTR greatly diminished after the initial trilogy and I was not gripped by the same excitement and interest that I was with the first of the LOTR films. I was surprised then when I saw the latest monolithic offering from Mr Jacksons stable that it was actually quite a good film.

The 161 min runtime initially put me off a little as these epics have been known to drag on a little but there was actually quite a lot of action and a bit of suspense, so you didn’t really notice the time until it’s all over.

Admittedly, The Desolation of Smaug has not fully restored my interest in The LOTR but it certainly has aroused it… my interest that is. 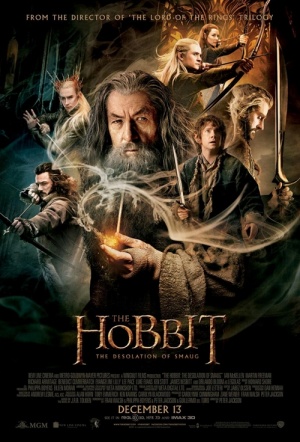