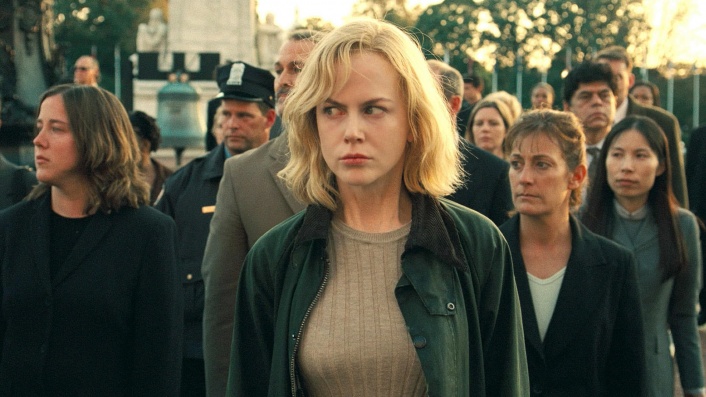 Abuses your capacity to accept the ridiculous.

The first twenty-odd minutes of The Invasion are a little bit brilliant.

The first thing that happens in The Invasion is that Nicole Kidman searches frantically through a pharmacy clearly wrecked by some sort of extreme societal unease. She’s freaking out and trying to stay awake. This will not happen until two-thirds of the way through the movie’s timeline, which is a fairly common gambit.

But then the second thing that happens in The Invasion is that a spacecraft crashes in middle America, and an infectious-diseases specialist is infected by an infectious disease (oohh, irony) it has brought back, and he goes home and lies in bed, and we see a mid-shot where he is enveloped by a cocoon and starts transforming.

And then Nicole Kidman gets a telephone call from him, and he’s acting really odd and inhuman, you know, just like a person in The Invasion of the Body Snatchers would do. And why this is brilliant is that at no point are we asked to find this mysterious. It’s accepted that we know good and well what’s going on: the spacecraft has brought back the parasitic organism from The Invasion of the Body Snatchers, and now Mayhem will ensue, with a dose of Metaphor for our buck. We are in the capable hands of ghostwriters Larry and Andy Wachowski and ghost-director James McTeigue (having replaced credited director Oliver Hirschberg and writer Dave Kagjanich, in what one assumes was a fairly messy production period): the team that brought you V For Vendetta is once again going to serve up some perfectly serviceable fun.

The Invasion is not a remake – it has the same central conceit as the two previous iterations of Body Snatchers, but the plot is entirely new – and it’s not a sequel, because at no point is it suggested that the events that took place in the 1956 original or the 1978 version are a part of this film’s history. But it’s taken completely for granted that we know what’s going on, either through our familiarity with those films or their presence in the zeitgeist. So the first twenty minutes of The Invasion are filled with a nervous uncertainty as to what to expect: being that the usual Body Snatchers formula is the usual slowly-learning-the-terrible-truth schtick, and being that The Invasion has played all those cards in its opening scenes, exactly what’s going to make up the rest of the movie?

Which is why it’s so disappointing when Veronica Cartwright shows up.

Veronica Cartwright had a large supporting role in the 1978 Body Snatchers. In fact, Veronica Cartwright was the only person not to be Body Snatched. So her presence here is momentarily exciting for continuity-junkies: is the movie in fact trying to posit some sort of scenario in which this is a sequel to that film? The playful sequel/remake/new-thing riffing is growing positively electrifying! Ghostwriters Larry and Andy Wachowski are clearly having almost as much meta-infused fun here as they did back when they wrote Bound!

…Oh, no, she’s a new character, it’s a cute throwback, that’s that then. And you get the feeling that this is where something dies.

Because from this point on, despite the movie having made explicitly clear what is going on, we’re forced to watch the slow, tedious process of Nicole trying to figure out what is going on, aided by Bond and Felix looking much, much less attractive than they ought, peering into lots of microscopes and watching lots of ridiculous CG. Along the way, our heroes will encounter many life-threatening situations, all of which – every one of which – will revolve around the fear that their fellow humans will vomit on them. Which is no less hilarious than it sounds.

But we will not care about these situations, because we have already been exposed to the clunkiest, most didactic this-is-what-we’re-really-talking-about scene in any movie I care to remember, where a Freaky Foreigner gathers all of the script notes as to the subtext of a Body Snatchers movie and just reads them, without craft or nuance or the vaguest hint of life, until we are (a) in no doubt as to what deeper societal malaises the film is riffing on; and also (b) asleep. Ghostwriters Larry and Andy Wachowski clearly have a soft spot for their terrible Matrix sequels. Idiots.

And the biggest trouble here is, of course, that WE KNOW ALL THIS. We've SEEN The Invasion of the Body Snatchers, and you told us, in the opening minutes, that you knew that. There's no excuse for having to sit through all this interminable isn't-science-interesting crap when we all know that we all know what's going on.

There’s an action scene near the end of the movie that, you vaguely feel, should be redeeming the whole thing – Invasion of the Body Snatchers! EXTREME! – but honestly, the movie has, by this point, abused our capacity to accept the ridiculous (people vomiting on people, copious desperate stabs at real-world relevance, Daniel Craig in a very funny little hat) so thoroughly that you just want the whole sorry thing to be over and done with so the end credits can lie to you about who to blame for this sorry mess. 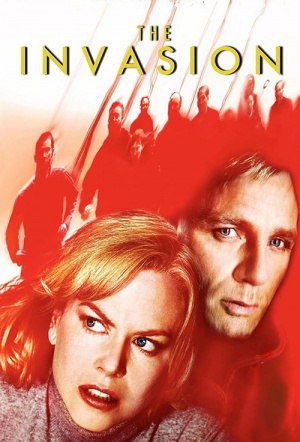