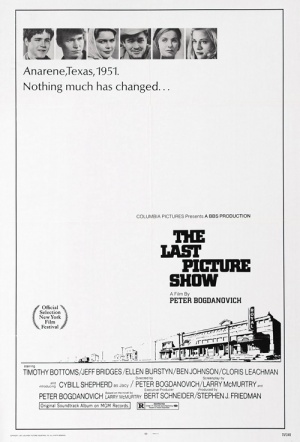 Peter Bogdanovich's bittersweet masterpiece, hailed by critics at the time of its release as the most important work from a young American director since Citizen Kane. Jeff Bridges, Cybill Shepherd and Ellen Burstyn star in the coming-of-age story of Sonny (Timothy Bottoms), set in small-town Texas in the early '50s.

Adapted from the semi-autobiographical 1966 novel by Larry McMurty. Bogdanovich made a sequel, Texasville, in 1990.