The Legacy of a Whitetail Deer Hunter 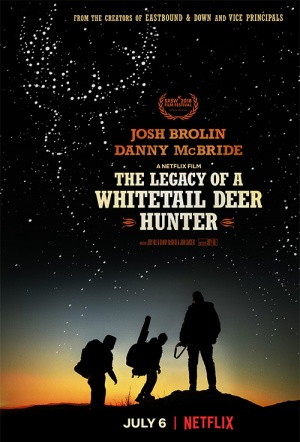 Josh Brolin, Montana Jordan (TV's Young Sheldon) and Danny McBride (who co-writes) star in this father-son comedy from the creators of Eastbound and Down.

"Buck Ferguson (Brolin), famous for hunting whitetail deer, plans a special episode of his hunting show around a bonding weekend with his estranged son, Jaden (Jordan). With trusted – but hapless – cameraman and friend Don (McBride) in tow, Buck sets out for what soon becomes an unexpectedly epic adventure of father-son reconnection in the great outdoors." (Official synopsis)

The Legacy of a Whitetail Deer Hunter / Reviews

Far too much of this wildly uneven Netflix-bound comedy plays less like a transgressive farce than an overextended "Saturday Night Live" sketch.