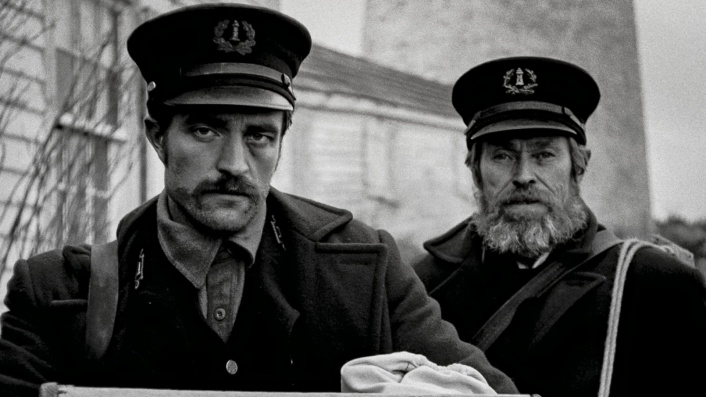 A modern-day classic from A24

The Lighthouse is loosely based on the tragedy of Smalls lighthouse, an incident that led to the unexplained deaths of two Welsh men in 1801. Where there is a mystery, the mind quickly turns to the supernatural, and The Lighthouse does not shy away from the dark or fantastical.

It's nice to have a change of pace and return to more traditional styles of film-making from time to time. Filmed in black and white on 35mm film with an aspect ratio of 1.19:1, the binary "colour" and almost-square field of vision provide challenges that have not been an issue in decades. Things such as lighting and framing are suddenly much more important when you are working in a horizontally restrictive space. The focus turns away from simply aesthetically pleasing compositions, towards a stricter, efficient use of space, and cinematographer Jarin Blaschke manages these constraints well under the direction of Robert Eggers to create a claustrophobic but nevertheless evocative atmosphere. The costume and set designs are brilliantly done and really draws you into the time period.

With only two characters in the film, Eggers utilizes Robert Pattinson and Willem Dafoe very well. Dafoe playing the experienced and outgoing wickie with a power complex, Thomas Wake, whereas Robert Pattinson plays the inexperienced and reserved, Ephraim Winslow. As these two wildling opposing personalities are forced together into a confined area with no communication with the outside world, tensions soon flare. Dafoe is absolutely at home with a role like this, sporting a beard that is so perfect for the character that it must be one he has grown himself.

Robert Pattinson, on the other hand, puts on a performance that--while seemingly less authentic--has a greater acting range, as we observe his character going mad through the needless harassment from his superior. Loneliness, frustration, desperation, anger and rage, transcendent joy, are all a part of Pattinson's repertoire, and should without a doubt but Batman fans at ease about the man's acting abilities.

Thematically, The Lighthouse looks at the idea of character identity, and the paranoia and madness that comes from complete isolation from the rest of the world. A tense, psychological piece that has minimal need for over the top action. It cultivates suspense in a more subtle dramatic manner, and that subtlety helps it further by allowing audiences the ability to come up with their own interpretations. Something out of place is not immediately explained, nor is it ever explained. Events simply occur, and the rationale behind it is left to the audience to surmise. Refreshing to see an audience given that kind of freedom and treated with maturity.

Another A24 film, The Lighthouse is dark and bleak, with some creative fantastical elements. Switching from tense dramatic moments to chaotic thriller sequences, there is much to enjoy. The recommendation is to check it out on the big screen if you aren't used to the more "square" ratios, just to allow the audience to fully appreciate what is on display. 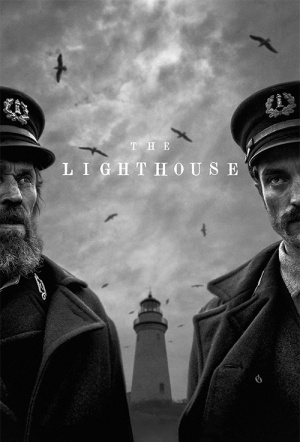