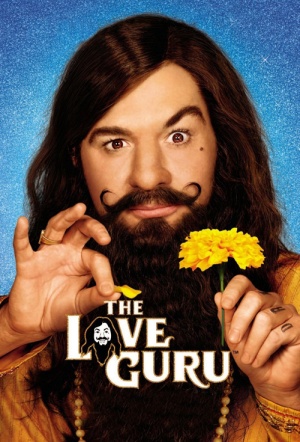 Mike Myers' first outing (as writer/actor) after Austin Powers. He plays as Pitka, an American raised in India by gurus. As an adult he returns to the States to employ his unorthodox methods and break into the self-help business. His first challenge: an ice hockey team hires him to settle the romantic troubles of their star player (Malco), for which they blame for his poor form. Also stars Jessica Alba (as the team’s owner and apple of Pitka’s eye), Justin Timberlake, Ben Kingsley and Verne Troyer (Mini-Me).
2008Rating: M, offensive language and sexual references86 minsUSA
Comedy

The Love Guru has really limped into its release. In its first month in American cinemas, the film was met with disappointing box office results and lashings from every critic going. I won't waste your time – the Americans were spot on with this one.

So relentlessly juvenile as to merit a new twist on the PG-13 rating -- one that strongly cautions not only those under 13 but anyone much above it, too.

The Love Guru is downright antifunny, an experience that makes you wonder if you will ever laugh again.

Not only does the film stumble badly from one skit to another, the skits themselves have too much dead air.

Alba takes it all a bit too seriously while Justin Timberlake gets points for turning up ready to make a fool of himself as Prudence's new love interest. His rendition of a Celine Dion song is the most memorable thing in this tastelessly flat affair.

Every now and then a film is sent to test us. The Love Guru is such a film.

The clever gags are few and far between, and the puerility of the non-clever gags is just wearisome.

Rookie director Schnabel and Myers' co-writer Graham Gordy fail to rein in the star whose story seems like his ultimate wish fulfilment.