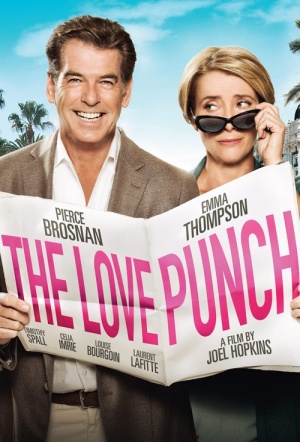 Emma Thompson and Pierce Brosnan are a bitterly divorced couple setting aside differences to recover their stolen retirement money in this European-touring crime comedy. From the writer-director of Last Chance Harvey.

Learning that the unscrupulous French financier behind their defrauded investment scheme has just purchased a $10 million diamond for his bride-to-be, Kate (Thompson) and Richard (Brosnan) hatch a plot to gate crash the wedding and steal the rock. Roped in to assist in the heist are the couple’s former neighbours Timothy Spall (The King’s Speech) and Celia Imrie (The Best Exotic Marigold Hotel), who are also rooting for their reconciliation, forming an unlikely band of lawbreakers.

Thompson and Brosnan deserve better than this creaky heist-caper comedy.

There's herbal teas that hit harder than The Love Punch ...

Thompson and Brosnan really are fine romantic foils. They deserve a better movie to trade barbs in. They deserve better barbs to trade.

The comedy is very hit-and-miss and the action elements are also a mixed bag.