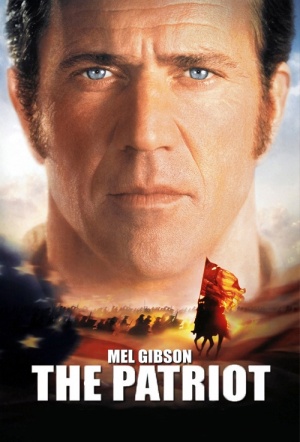 Mel Gibson plays American Civil War hero Benjamin Martin, who's forced to take up arms again when his family is torn apart by the savage British redcoats during the American Revolution.

He recruits a band of reluctant volunteers, including his idealistic young son (Heath Ledger), and begins a daring and dangerous assault on the British forces in a fight for freedom and revenge.

A grand yarn with a sense of the weight of history and an awareness that the winners are often those who have lost the most.

Emmerich's battle scenes may look authentic... but in every other way the film is long, empty and bogus.

Gibson gives a mechanically precise but soulless performance in which he seems more concerned with how he looks than what his character is thinking or feeling.

A gruesome hybrid, a mix of sentimentality and brutality that suggests a Lethal Weapon movie directed by Norman Rockwell.

There's no majesty, no tragedy, no feeling here; it's all FX and costuming and casting directors.

It is rousing and entertaining, and you get your money's worth, but there isn't an idea in it that will stand up to thoughtful scrutiny.

The film is undeniably handsome... but no cliche is left unturned.

The Patriot is never completely satisfying.