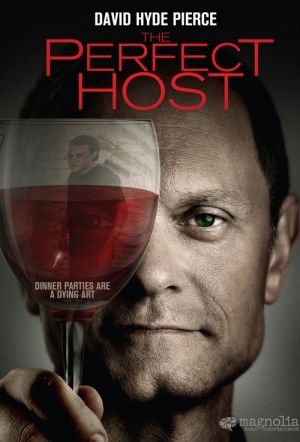 David Hyde Pierce (Frasier) dishes up dark comedy thrills in this movie about a criminal on the run who gatecrashes the wrong person's dinner party.

Career criminal John (Clayne Crawford) is hot from a $300,000 bank robbery and needs shelter fast. He bluffs his way into the Hollywood pad of Warwick (Pierce), who's preparing for a dinner party. John's true identity becomes clear and Warwick becomes captive in his own house. However, our feeble host isn't quite as helpless as he seems and the tables are soon turned: John finds himself drugged, bound and the dinner guest of an apparent madman. Billed as "a slippery psychological thriller that exposes true human nature and reveals just how far we’re willing to go to satisfy our needs."