A very unusual style of direction and cinematography which strangely makes this movie uniquely appreciable and talked about. It may be far from perfection but definitely works well with its misguided narrative. It succeeds in constant exposition as a mode of furthering the narrative and keeping the viewer hooked in the storyline. Despite few questionable flaws it is the outside-looking-in perspective that helps this film raise the bar high in terms of cinematic excellence.

The 2 female protagonists established a 'perfect' chemistry depicting the intricacies of their characters, their psychological nuances and their showcasing competence in acting performance. Allison Williams is cast perfectly as the troubled Charlotte, dealing with the aftermath of sexual abuse as a young child and her current psychological recovery as a result. You can almost read her emotions, psychological scars and intent through her eyes, oftentimes menacing in their placement. We are made to feel she is the antagonist, but some clever exposition turns and guides the storyline far away from what is presented initially.

The film mostly excels at progressing into a disturbing set of events in the first half (Mission and Detour) showcasing a superb decent into the pure hopelessness and craziness of the situation from the comforts of Academy prestige. A simple trip into rural China transitions into the worst nightmare as Lizzie succumbs to a supposed sickness spreading around the mainland. The disturbingly degrading status of her health condition from dehydration to vomiting to complete loss of mental health is realistically depicted, almost replicable from Cabin Fever. The real horror lies here, with a more authentic style to capturing these disturbing scenes, almost makes you feel sad for her situation.

This film is also presented as a 4-piece script just like a musical composition. These subdivisions helps formulate order to a rather disordered and messy film. This film may lack the creative drive to propel it above standard Horror/Thriller movies but it succeeds in interweaving the narrative with a great musical score. There is a certain authenticity to the source material with continual reference to perfection of one's art in music. As such, the real horror lies with failing in this art.

The surprising, multiple expositions in the storyline helps further the narrative down a convoluted pathway. The convolution may be profound but the expositionary scenes assist in making us rethink the intents of all of the characters and what really is going on. For a rather unclear storyline the propensity to shock-and-awe as well as hidden motives is something artful to watch, making me completely invested in this interesting narrative.

Ultimately, the perfection becomes a disturbing artform whereby one's musical skills are perfected through deranged punishments. Notions about the devious acts of Gods and perceived superiority of the social elites are utilised excellently to elevate terror and make us feel a sense of bugs under our skin. The reason why this movie becomes a horrifying experience is because of the underlying notions of psychological manipulation and perfection as being synonymous. In the final act, the pure essence of one's psyche is explored simply as fragile as a result of unconventional acts.

The second half of this movie (Home and Duet) takes a surprising, yet unsatisfactory turn with shoddy acting that makes the narrative unbelievable. The movie takes several cheap shots to fill voids in the storyline with poor script writing and mis-directions. It becomes a revenge arc with bland results. Instead of rooting for the protagonists I was left unconvinced by their disadvantaged pasts. There doesn't seem to be a great, overwhelming conceivability to the performances and script to make it affect me emotionally.

This movie relies of backtracking as a way to expose hidden intents which drive more deeper narrative while the superficiality suggests something else. However, this becomes tedious in this movie as a simpler storyline is more palatable in this context. Additionally, it feels like a nauseous, vomit-inducing experience as a viewer, as it relies on confusing us from the actual storyline, something that confounds the final product. A more linear mode of storytelling would greatly raise the bar for this interesting premise as the expositions don't occur spontaneously.

With the dull representation of sexuality and subversive perspective of feminism, this film could deter the general crowd with unnecessary scenes and disturbing scenes of abuse. Instead of creating a profound effect of terror and disgust, it only proves to undermine perceived status of female sexuality, rather than effectively utilise this domain as effective storytelling, as in Mulholland Drive. 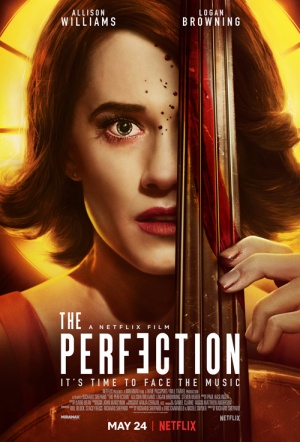