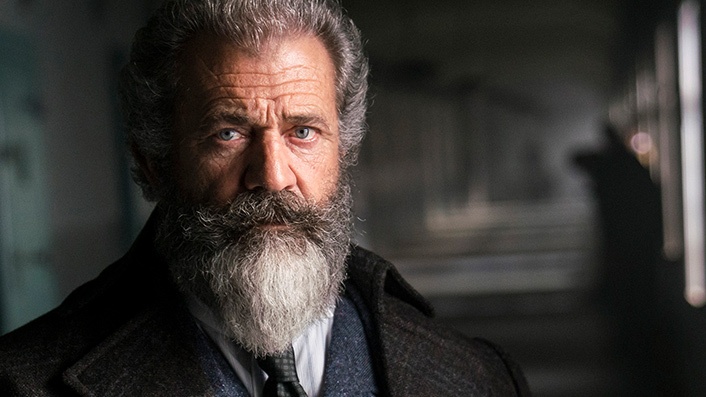 Review: The Professor and the Madman

The problem with Farhad Safinia's nineteenth century drama about the events surrounding the creation of the English Oxford Dictionary, is not just the fact that the Director had considerable difficulty bringing a version of his vision to the silver screen (the final cut was delayed for almost a year due to differing opinions from the Production Companies) or leading man, Mel Gibson, openly admitting his disappointment with the final result, but the obvious lack of faith the Producers had in the project from the beginning. If these Hollywood "money trees" continue to interfere with the process of a film then they can only expect that at some point the production that they have thrown their cash at will be compromised. Now, I know that the two main stars, Mad Mel Gibson and Sean Penn aren't the most popular people in and around studios these days and to be honest, a film about the birth of the Oxford Dictionary isn't going to raise too many eyebrows but "The Professor and The Madman" shouldn't be considered a complete failure.

Based on true accounts from the 1870's, the film opens with a very disturbed Dr. William Chester Minor (Sean Penn) supposedly on the run from a haunting identity in his past, but when he shoots and kills an innocent husband and father in a state of delusional fear, he is deemed insane by the English Courts and sent to an asylum. His connection to the formation of the dictionary comes in the form of an appeal for assistance by a self taught Professor, James Murray (Mel Gibson), whom has been afforded the great honour of compiling the most comprehensive work of the English language in history. When Murray receives almost 10,000 entries from the good doctor, a great bond and friendship evolves in the halls and gardens of the mad house.

What "The Professor and The Madman" does well is remind the audience just how good the two leading actors really are. Both are Academy Award winning entertainers and their undoubted talents shine through just enough to keep the viewer's eyes locked onto the screen. You want to see these veteran performers act and that is exactly what they do. Mad Mel gives his best performance since he was reluctantly welcomed back into "the family". His calm and intelligent portrayal of the Scotsman, Murray, echoes memories of his most famous role where he again spoke with an adequate Scottish accent. Sean Penn is always profoundly professional in front of the camera and his turn as a schizophrenic American Civil War Doctor is frighteningly raw as his character slips in and out of lucidity.

Surprisingly enough, there is adequate content for a great drama but at times Safinia's film wanes in interest as it struggles to progress past some very mundane material. Most of the audience would not realise the significance the establishment of an English Dictionary has had on human history. We all simply take it for granted that every word we speak or read has a meaning and that meaning can quickly be accessible with a google search without understanding the great effort needed to source their definitions. But there are some wonderful themes that come out of the film. Friendship, compassion, forgiveness and love, just to name a few and the relationships formed between the characters almost out-weigh the dull subject matter. Almost.

Unfortunately the audience should expect more, especially with the class of the support cast. There are some outstanding actors at Farhad Safinia's disposal including Natalie Dormer (Game of Thrones), Ioan Gruffudd (King Arthur), Steve Coogan (Stan and Ollie) and Eddie Marsan. It really is a who's who of British talent but the acting was never going to be the problem. The whole production had the potential to be so much more. Superb sets that transport the audience back in time, an admirable story and engaging characters. But there is a sad fact that cannot be ignored. With all this "street cred", where did it all go wrong for "The Professor and The Madman." It was never meant to be I suppose. 6/10. 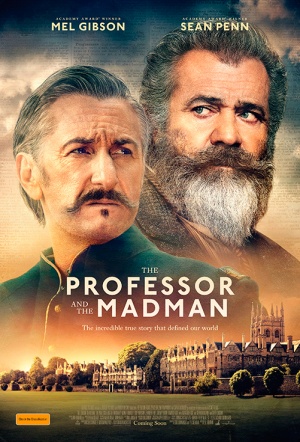