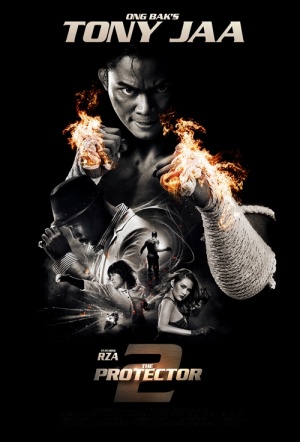 Thai martial artist Tony Jaa teams up with Ong-bak director Prachya Pinkaew once again for this sequel to the 2005 actioner, which sees Kham (Jaa) on the run from police for a murder he didn’t commit. Co-stars RZA as the leader of an underground fighting ring.

Boss Suchart is the owner of an elephant camp. When he is murdered, all evidence points to Kham, who was seen with the victim before he died. Kham is forced to run as the police launch a pursuit. Meanwhile, the twin nieces of Boss Suchart are out for revenge. But luck is on Kham’s side when he runs into Sergeant Mark, an agent sent to Thailand on a secret mission.