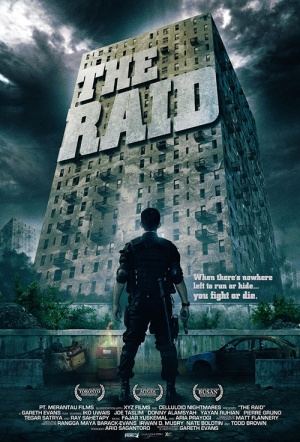 What starts as a tactical, stealthy raid on a criminal safe house soon turns into a fight for survival as the SWAT team’s cover is blown. When word gets out, all exits are blocked, trapping the law enforcers inside the building. The remaining soldiers are forced to fight through the entire criminal army they’re caged with.

Hand-to-hand, fist-to-face, foot-to-groin battle, with a few machetes and guns tossed in for good measure.

An instant cult hit that carries the funky, illicit thrill of the fleapit and serves as an unbeatable reminder of the gloriously disreputable heyday of VHS.

I am dismayed. I have no prejudice against violence when I find it in a well-made film. But this film is almost brutally cynical in its approach.

The fight choreography here is blisteringly quick, designed to make the audience gasp, and then cheer.