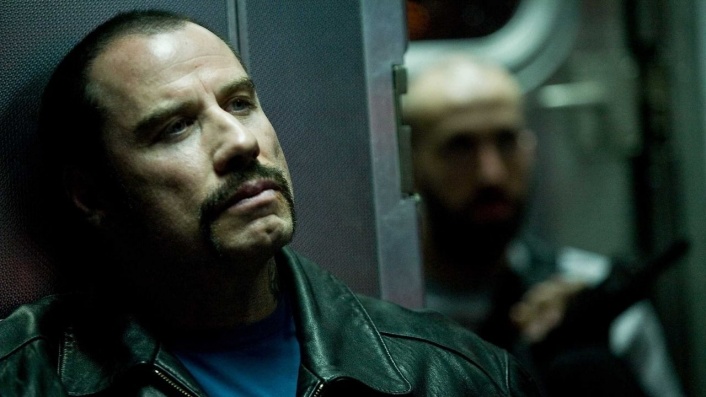 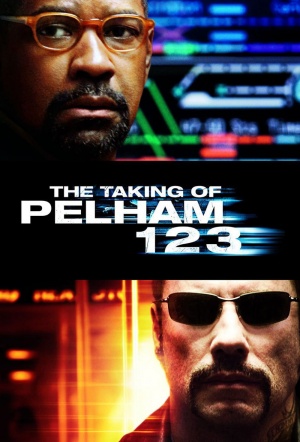 Denzel Washington stars as New York City subway dispatcher Walter Garber, whose ordinary day is thrown into chaos by an audacious crime: the hijacking of a subway train. A mustachioed John Travolta stars as Ryder, the criminal mastermind who, as leader of a highly-armed gang of four, threatens to execute the train’s passengers unless a large ransom is paid within one hour. As the tension mounts beneath his feet, Garber employs his vast knowledge of the subway system in a battle to outwit Ryder and save the hostages. But there’s one riddle Garber can't solve: even if the thieves get the money, how can they possibly escape?

Tony Scott (Top Gun, Enemy of the State) directs this remake of the Walter Matthau-starring 1974 thriller.

More than anything a fascinating portrait of how much New York has changed in 35 years, the film delivers the goods in excitement and big-star charisma.

For a good hour, Scott delivers a tense cat-and-mouser. Goes off track when Denzel turns action hero, but his riffing with a sinister Trav is what propels this Pelham.

Even at a distance from each other (Washington/Travolta), they conduct a tag-team master class in old-style movie star technique, barreling through every cliché and nugget of corn the script has to offer with verve and conviction. Even when you don't really believe them, they're always a lot of fun to watch.

It's a first-class ride. All aboard.

If you can abide cringe-worthy scripts, over-the-top stunts, and "what a guy" posturing, then The Taking of Pelham 123 is probably not a bad way to disengage the brain.

So professionally done you rarely have the luxury of taking your eyes off the screen.

Curiously, despite the ever-energetic Tony Scott at the throttle, the sleek new edition isn't as transporting as it should have been.

Pelham 123 loses all credibility in the last 20 minutes, and a twist I was waiting for never arrived, but the film is still an enjoyable waste of a few hours of your life.