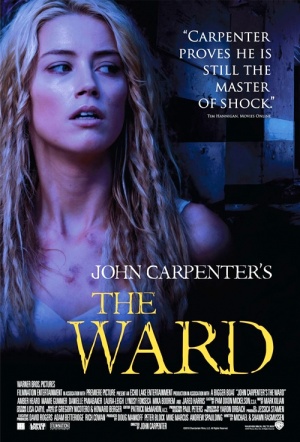 Horror-thriller centered on an institutionalised woman who becomes terrorised by a ghost. Directed by John Carpenter (Halloween, The Thing, Ghosts of Mars).

Kristen (Amber Heard), a beautiful but troubled young woman, finds herself bruised, cut, drugged, and held against her will in a remote ward of a psychiatric hospital, with no idea why she's there.

The other patients in the ward – four equally disturbed young women – offer no answers, and Kristen quickly realizes things are not as they seem. One by one, the other girls begin to disappear and Kristen must find a way out of this hellish place before she, too, becomes a victim...