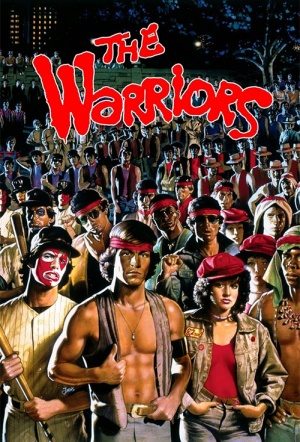 It's Walter Hill's very cool, very '70s, very violent cult-classic about urban lawlessness and feuding street gangs in New York City. With a cast of unknowns, director Walter Hill borrowed from Greek mythology for this tale of a gang, framed with the murder of a rival gang leader, trying to survive in vicious enemy territory.

The film opened in the States in 1979 to finger-wagging from many critics who labelled it exploitative. And in its first weeks the film spawned bouts of violence (so said the newspapers) amongst riled-up moviegoers - there were three killings as a result - and Paramount eventually offered to pay for security at cinemas. But after things had calmed down, and after glowing reviews emerged from respectable critics, the film went on to become a massive cult hit.