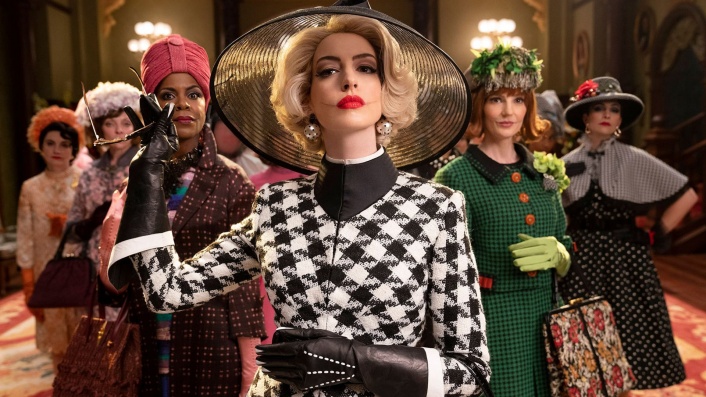 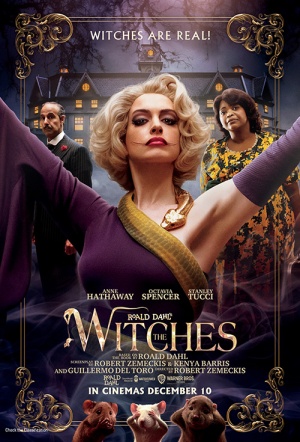 Back in December 2008, the idea for a new adaptation was hatched when Guillermo del Toro expressed interest in making a stop motion film. Ten years on when Robert Zemeckis became attached to the project as director and screenwriter, Alfonso Cuarón jumped in as a producer alongside del Toro, who gets a screenwriting credit.

Far too disturbing for young children and not edgy enough to captivate adults.

The film, at its best, is gross and silly and amiably unsettling, which may be all that counts.

A sleek-looking vehicle that's eager to be scary but not comfortable being ugly.

It's not all good but it is good fun.

Who could improve on the regal fury of Anjelica Huston? Certainly not Anne Hathaway, whose performance in this remake, by comparison, has more than a tinge of the high school drama club.

Zemeckis has made some unsuccessful films over the last 20 years, but The Witches is the most frustrating of them all because it feels like it could’ve been made by somebody else. Anybody else.

The spell does not get cast.

The director doesn’t draw well-rounded performances from Bruno or Eastick, failing to capture the awe or confusion of youth. What we get instead are adrenalised chase scenes and needlessly showy special effects that lack charm.

Zemeckis turns this beloved, dark story into a campy, weird, yet still fairly entertaining kid-friendly story of accepting oneself. The problem is that it pales in comparison to what came before.

This Witches, alas, has the misfortune of doubling down on all the late writer's eccentricities, while somehow finding only a fraction of his magic.

Where is the Zemeckis who projected a cartoon-noir Christopher Lloyd into every child’s nightmares? The same director has thrown a softening, coddling filter over Dahl, preserving the shape of his source material while sanding down its edges.

A supernatural, effects-laden yarn like this is right in Robert Zemeckis' wheelhouse. Which makes it a little disheartening that it’s merely good, rather than great. Dahl's story still sings, but like a potion missing eye of newt, this new take is slightly undercooked.

I would love to have seen what a boldly idiosyncratic fantasist like del Toro could have done with this story. But there's plenty here for audiences looking for family entertainment that balances darkness with a buoyant sense of mischief. At the very least, it's a lively step up from Zemeckis' last two films, "Allied" and "Welcome to Marwen."

Anne Hathaway’s performance provides the film with a sick-joke center of gravity, and Zemeckis, sticking to Dahl’s elemental storyline, stages it all with a prankish flair that leaves you buzzed.