The World is Yours 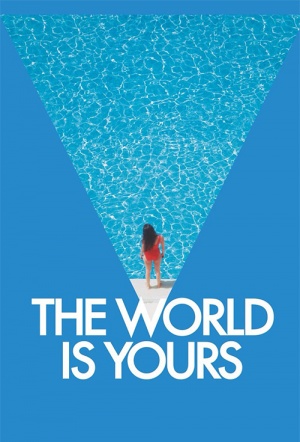 Karim Leklou (A Prophet) must make one last drug deal before he can realise his dream of opening a Mr. Freeze in Morocco in this French crime comedy.

François (Leklou) is tired of being a petty drug dealer: his dream is to settle down and set up a Mr Freeze's ice lolly franchise in Morocco and is counting on the money he earned while dealing, which his mother is supposed to have hidden away for him. But unfortunately, she has gambled it all away. He is then forced to go back to a life of crime and, together with a friend and his ex, agrees to one last deal to get his plans back on track.

The World is Yours / Reviews

A fresh riff on "Les Tontons flingueurs" by way of "Jackie Brown"...

Cassel gives a relishable display of slow-burn cluelessness, and Leklou, extremely watchable as the ineffectual Farès, comes across as a kind of French Eddie Marsan.

All this comic-book carnage is well orchestrated by Gavras, albeit utterly preposterous even by the reality-warping standards of action thrillers.