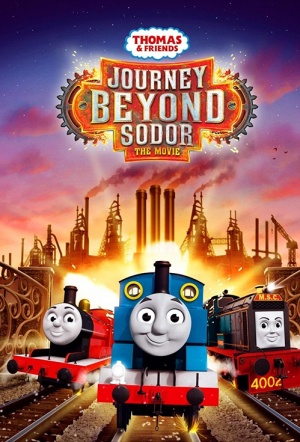 Thomas the Tank Engine as he embarks on his first quest beyond the island of Sodor in this hour-long animated adventure.

Thomas leaves the island of Sodor to travel to the mainland where he sees and experiences things that are beyond his wildest dreams. On his epic journey, Thomas befriends the Experimental Engines - Lexi, Theo and Merlin - who look like no engines he has seen before. Merlin even has a special power - all he has to do is say 'invisibility on!' and shut his eyes and he is convinced that nobody can see him. After spotting a magical-looking place on the horizon, Thomas stumbles into the Steelworks, where he meets two engines, Frankie and Hurricane, who aren't quite what they seem and soon put Thomas to work. When James comes to find Thomas and gets trapped in the Steelworks, it's up to Thomas and his newfound friends to rescue James and prove that friendship always wins.