Well it felt like more than just a love letter to anyone who's played all the games and has nearly rage quit Tomb Raider Chronicles & Anniversary due to THOSE timed runs. Though, I was unsure for the first 15 minutes...I mean, that bike chase through London to the sounds of techno had me thinking I was in for a celebration of extreme sports and all things cross fit. I need not have worried though, it never went the way of the Point Blank remake. And there was no more techno (or dubsteps) from there on. As a nerd out fan of the game series, It was an unexpected kick seeing Lara perform her first rope jump, monkey bar traverse, adrenaline sprint...and reluctant first kill. Thankfully she never found herself having to dispatch endangered species every 5 minutes. It had just the right amount of emotional ques and the action was believable - in a tomb raider universe - and looked damn good too. As an origin story, it nicely table-sets and creates anticipation for further adventures, I was left with a level of excitement not felt since the ending Batman Begins.

The Audience was brilliant too.
0 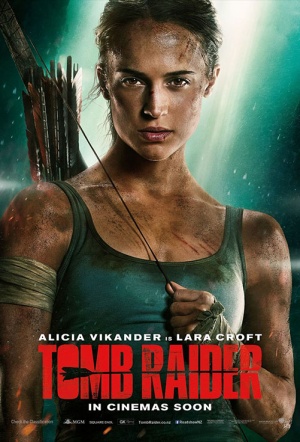