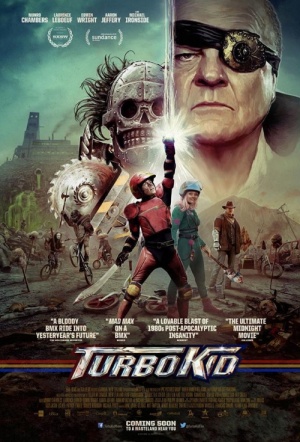 An unapologetic, violent throwback to everything that made ‘80s junk-food cinema so rad. Set in the post-apocalyptic future of 1997, a comic book-loving kid happens upon a mysterious girl, a turbocharged weapon, and his destiny – to deliver justice to the world by eradicating evil-doers.

The film began life as the five-and-a-half minute short T is for Turbo, a hugely popular entry into the user-submitted ‘26th director’ contest for the 2012 horror anthology The ABCs of Death.