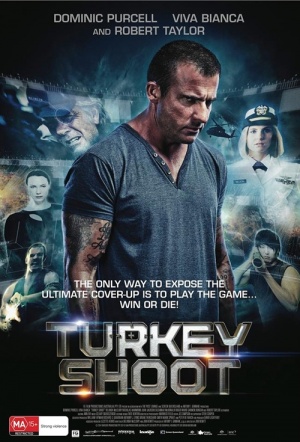 "Turkey Shoot was one of the most infamously violent, gloriously schlocky films in Ozploitation history. Now Tony Ginnane, the producer of the 1982 cult classic, has joined forces with Australia's modern grindhouse master Jon Hewitt (X) to bring this tale of carnage and wanton destruction roaring into the 21st century...

"In a brutal dystopian future, convicted criminals are given the chance to win whatever their heart desires by becoming a contestant in the world's most popular TV show." (Melbourne International Film Festival)

This is fun, funny, serious and exceptionally well made, with a power-drill of a score by Cezary Skubiszewski.