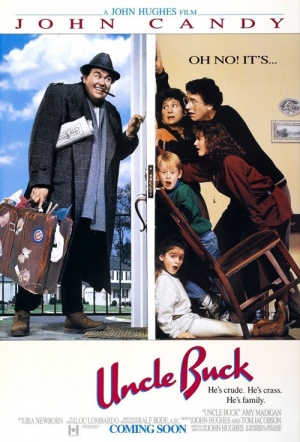 From John Hughes (Ferris Bueller's Day Off), a comedy about a bachelor and all round slob, Buck (John Candy), who - despite being ill-equipped - is left in charge of his brother's kids during a family crisis.

Unaccustomed to suburban life, fun-loving Uncle Buck soon charms his younger relatives with his hefty cooking and his new way of doing the laundry. But his carefree style doesn't impress everyone, including Tia (Jean Kelly), his rebellious teenage niece, and Chanice (Amy Madigan), his impatient girlfriend.