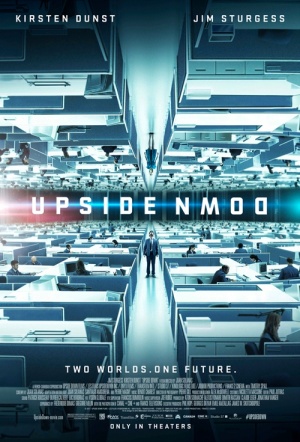 Kirsten Dunst and Jim Sturgess star in this sci-fi romance where things can fall up and rise down. Having thought she was dead for a decade, Adam catches a glimpse of his childhood sweetheart Eden on his television screen. His love for her comes flooding back, but she lives in an inverted universe with its own opposite gravity. Adam must avert the authorities and risk everything to manipulate gravitational forces and access the forbidden world of affluence that exists literally above him.