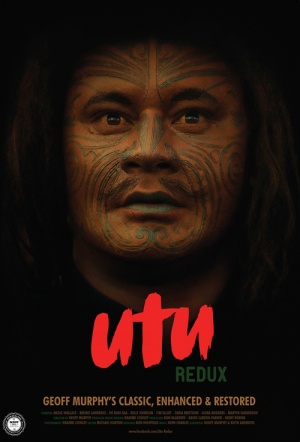 The New Zealand Land Wars of the 19th century provide the setting for Geoff Murphy's internationally-praised epic, the closest thing to a classic western in NZ's cinematic back catalogue. Restored and revitalised in this special Utu Redux presentation.

It starts with the slaughter of a Maori village where almost every character seems to enter into their own personal vendetta against their enemies, turning the film into a prolonged ballad of revenge. These savage motivations mean the moral compass is effectively shattered, nobody is completely good or evil, and the stage is set for some incredibly visceral set pieces, a grim view of race relations and a jet black sense of humour. Bruno Lawrence’s gun needs to be seen to be believed.

The task of Murphy and cinematographer/producer Graeme Cowley to restore Utu was made all the more difficult by the original master negative no longer existing. As it had been disassembled and re-edited to make the shorter international version of the film in the 1980s, a painstaking three-year process was required to complete the new edit, overseen by Murphy and original Utu editor Michael Horton.

A film both fascinating and disconcerting, all but bringing off the gamble of combining a serious look at history with a thrills'n'spills action movie.

A feeling of exaltation and spirituality hovers over this film.

Mingling history, anthropology, adventure and parable, Utu, like Smash Palace, is another testament to the vigor of film making in New Zealand.

Utu shows us what we have lost. It is also, all nostalgia aside, still a hell of a good film.