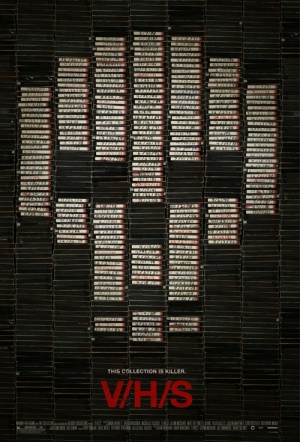 Found-footage horror anthology linking various directors' stories around the tale of a group of burglars hired to retrieve a VHS tape containing valuable footage. The misfits soon realise that the job isn’t going to be easy - in a living room, a lifeless body holds court before a hub of old television sets, surrounded by stacks upon stacks of tapes. As they search for the right one, they are treated to a seemingly endless number of horrifying videos, each stranger than the last.

Within the broad framing device lie five individual tales directed by indie filmmakers known for their work with low budgets, though not always in the horror genre – Ti West (The Innkeepers, The House of the Devil), David Bruckner (The Signal) Joe Swanberg (Hannah Takes the Stairs, Nights and Weekends), Glenn McQuaid (I Sell the Dead), and a collective known as Radio Silence. Adam Wingard (Pop Skull) directs the wrap-around segment.