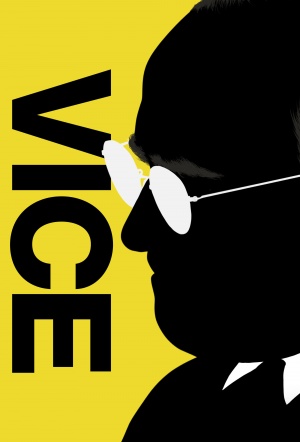 Christian Bale gives a Golden Globe-winning performance as Dick Cheney in Oscar-winning The Big Short filmmaker Adam McKay's star-studded biopic. McKay tells the epic story of how a bureaucratic Washington insider quietly became one of the most powerful men in the world as Vice President to George W. Bush, reshaping the U.S. and the rest of the world with his politics.

Recently, while fossicking around online for an interview with director Adam McKay about his new Dick Cheney biopic Vice, my jaw literally dropped when I stumbled upon a tete-a-tete between two people in furious agreement. It wasn’t the fact that these feisty fellows disliked McKay's (inevitably controversial) film that took me by surprise. It was that they managed to misread it so terribly they somehow saw it as a “sympathetic portrait of Cheney” that not only presents him as a “fairly likable shlub” but in fact “lionizes him.” Sympathetic? Likeable? Lionizes? Really?

"Vice..." though it pretends to reveal how power works, is ultimately content to remain on the outside, sticking its finger in the eye of power.

Vice gives little reason for us to laugh-or to do much of anything else but roll our eyes.

The pace is jaunty, the scenes crackle with gleeful, giddy incredulity, and the dry business of statecraft attains the velocity of farce.

In an awards season crammed with clear contenders, it is one to watch out for, and a perversely, bleakly entertaining look at an American tragedy we still live with today.

The story is one-sided and opinionated - to say the least - but McKay keeps us interested with quirky storytelling techniques such as a fake ending and a sudden twist surrounding the narrator.

Through wit, surprise and an irrepressible ballsiness comes a scorching humour that neither curdles nor becomes exhausted.

An acting masterclass that neither pulls its punches nor sacrifices detail to pander to a mass audience, this is smart filmmaking from a director who gets better with every film - and a near career-best from Bale, which is saying something.