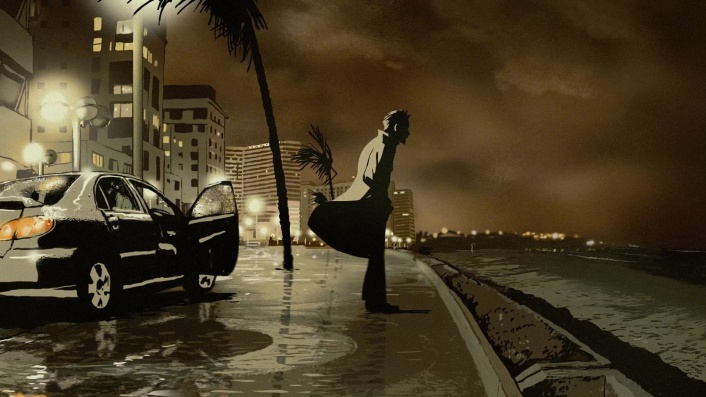 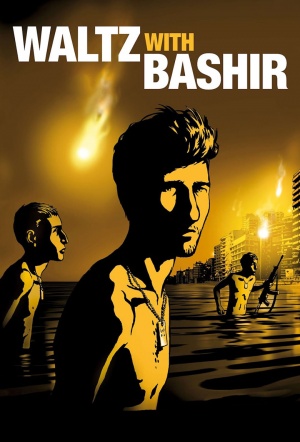 Unlike any animated film you'll have seen before, Waltz with Bashir is a drawn documentary based on filmmaker Ari Folman's own experiences, as a drafted Israeli soldier in abetting a 1982 massacre of Palestinian refugees during the Lebanon War.

While trying to work his way out of a severe depression from the war, Folman contacted many of his former military comrades, along with a psychiatrist friend and a neurologist who specializes in memory impairment. The film combines pieces of these interviews with fragmentary episodes drawn from their memories and dreams.

To read more on the Sabra and Shatila massacres, see here.

Don’t miss this brilliant film in the end-of-year rush. Based on filmmaker Ari Folman’s recollection of being an Israeli soldier in the Lebanon war of 1982, Waltz with Bashir is an animated pseudo-documentary that remains highly personal yet strange and unsettling.

Pensive and melancholy, this haunting and remarkable film from Ari Folman hones in on memory and how stimulating triggers unlock a traumatic war-experience previously blocked by the subconscious. Animated in a similar style to the rotoscope that Richard Linklater used in Waking Life, the visuals are striking with an emphasis on richly depicted sepia shades and the use of moving shadows.

A fine achievement in filmmaking, with the director’s decision to animate the feature lending it an extra layer of metaphoric complexity. If you have a chance to catch this excellent work, be prepared for an emotionally harrowing experience that will likely stay with you for some time.

Though the film is being promoted as an examination of the Christian Phalangist massacres of Palestinians in the Sabra and Shatila refugee camps, these are not mentioned until one hour into the film. Nor does it break any ground politically, since the culprit who is rather mildly rebuked, Ariel Sharon, was condemned by an official government committee decades ago for his part in allowing the massacres to happen.