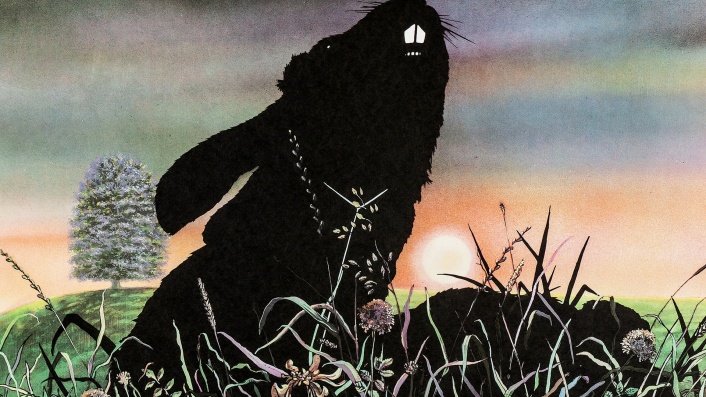 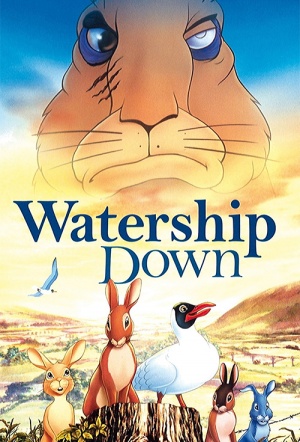 The voice of John Hurt stars in this 1978 animated British adventure-thriller. Based on the children's novel of the same name by Richard Adams, Watership Down tells the story of a brave group of displaced rabbits in search of a new home.

When a young rabbit named Fiver (Richard Briers) has a prophetic vision that the end of his warren is near, he persuades a group led by himself, Bigwig (Michael Graham Cox), Blackberry (Simon Cadell) and Hazel (Hurt) to leave with him in search of a new home. Several obstacles stand in their way, including predators, a rat-filled cemetery and a speeding river. Upon arriving at their final destination, a hill dubbed Watership Down, the rabbits find that their journey is still far from over.

The 'camera' takes a conventionally objective viewpoint, perpetually rolling over rolling countryside, which effectively robs the plot of all its terror and tension.

A rare movie that keeps kids on the edge of their chairs without inducing in their parents an overwhelming desire to escape theirs for a smoke in the lobby.

Voiced by a fine cast, with stellar work from John Hurt and Richard Briers, Watership Down is an imperfect film with some of the most powerful moments ever created for the genre.