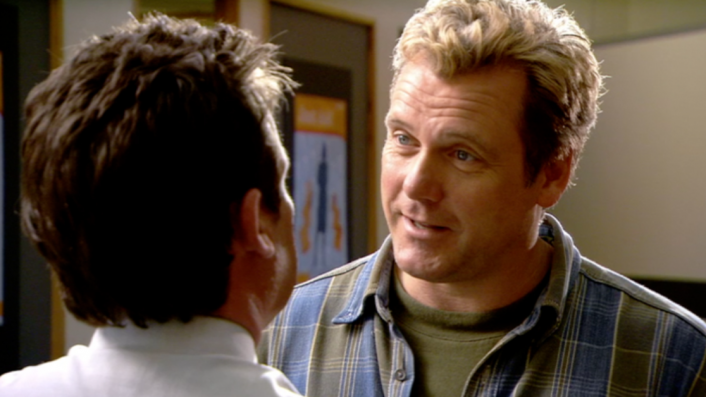 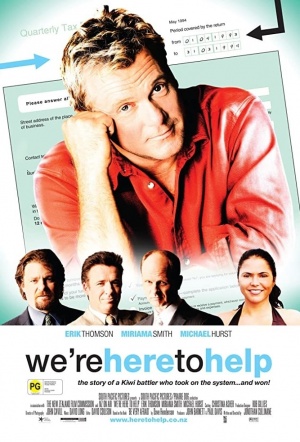 Kiwi feature based on the book 'Be Very Afraid'; Dave Henderson's account of his own battles with the ultimate Goliath - the IRD.

One day in 1994, Dave Henderson (Thomson) strolled up to the tax department in Christchurch and told one of the ratty little taxmen off. Earlier that day, the taxman had made suggestive comments to Dave's ladyfriend (Smith). And so the IRD decided to make life difficult for Dave, with endless audits, red tape and legal complexities. Dave fought them though, losing his girlfriend, house & business in the process. Eventually he sought help at government level, with ACT bulldog Rodney Hide (Hurst).
2007Rating: PG, contains course language85 minsNew Zealand
DramaTrue Story & Biography

If ever there was a true example of a TV movie, then We’re Here To Help would be it. That’s not a cruel remark or a warning, but rather a justification that the work simply doesn’t have the extensive canvas or cinematic prowess that independent films should have. It’s cheap, simple, and rather modest. Just as well there’s a good story behind it.

This could have been an incredibly dull movie about tax. Instead, it's a tense journey into one man's all too real bureaucratic nightmare... Scene from the Film #1 Scene from the Film #2 Scene from the Film #3 Scene from the Film #4 Scene from the Film #5