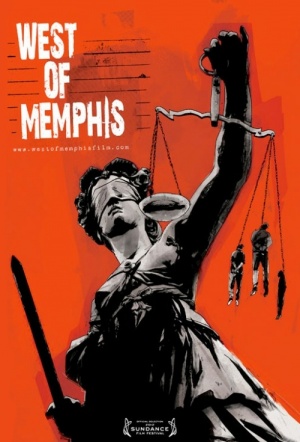 Documentary examining the case of the West Memphis Three - teenagers wrongly convicted of murdering three children and jailed for 18 years in 1993. Produced by Peter Jackson and Fran Walsh.

"For many people, the case of the West Memphis Three has become synonymous with wrongful conviction. Despite a lack of physical evidence, three Arkansas teenagers were found guilty in 1994 of the ritual murder of three eight-year-old boys... Rather than focus on the accused, the film follows their supporters - including loved ones, attorneys, and celebrity advocates such as Eddie Vedder and Peter Jackson - as they seek the truth. With the help of a former FBI profiler, a less sensational, yet still chilling, motive and suspect emerge - ones, shockingly, never investigated." (Sundance Film Festival 2011)

An essential entry into the horrifying true life tale.

Nonfiction filmmaking at its best, a film with a fierce point of view yet one that doesn't pretend to have all the answers or a monopoly on truth.

A superbly detailed account of a notorious miscarriage of justice and how it was gradually unravelled.

The film is inspiring... a semi-happy ending attached to a love story.

The fourth film about one of the most heinous cases of wrongful conviction in American judicial history. Do we need a fourth film? Yes, I think we do.

After your blood has stopped boiling, it's the quieter moments that stay with you. Now go see Paradise Lost.

Thorny, blood-boiling and finely made, it deserves a theatrical push.

Prepare to be shocked, disturbed, awed... and, if you expected justice to prevail at last, ultimately devastated.