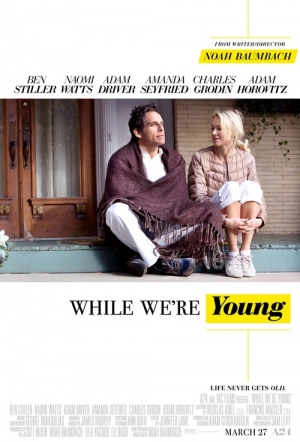 "While We're Young is Baumbach's sparkling follow-up to his Festival 2012 hit Frances Ha. Where that film was a delightful, minimalist screwball comedy, this look at New York's creative class is a more openly funny social portrait. No film has better captured the weird, upended logic of urban sophisticates: the older ones embrace their iPads and Netflix, the young ones crave vinyl records and vintage VHS tapes." (Toronto International Film Festival)

Baumbach's own acutely observed this-is-life laffer features his most relatable characters yet.

Where he ends up going—a place of real anxiety and envy—speaks to the filmmaker’s nervy ambitions.

Baumbach packs his film with the wit and vigour of a polished one-act play...

Never before have the effects of new tech – and intergenerational envy – been articulated so amusingly as in Noah Baumbach’s latest movie, which also happens to be his best, and funniest.

The gender imbalance here is disappointing.