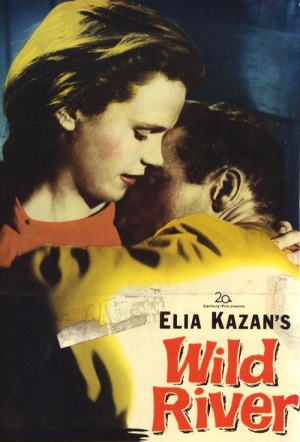 Long unavailable 1960 film from legendary director Elia Kazan (On The Waterfront, East of Eden, A Streetcar Named Desire) who worked on this combined adaptation of two separate novels for 25 years. It tells the story of an elderly woman who refuses to sell her land to the Federal Government who have plans to divert a river through it, and the young idealistic administrator sent to enforce the sale.

"Montgomery Clift is an official dispatched to Depression-era Tennessee to persuade an elderly matriarch to take the government pay-out and leave her island plantation before it is flooded by Roosevelt’s mammoth TVA scheme. Startled by the imaginative power of the old woman’s intransigence (Jo Van Fleet is a grizzled force of nature) and stunned by her widowed granddaughter’s (Lee Remick) desire for him, the good-natured progressive finds himself less sure of his ground." (Source: NZ International Film Festival 2011)