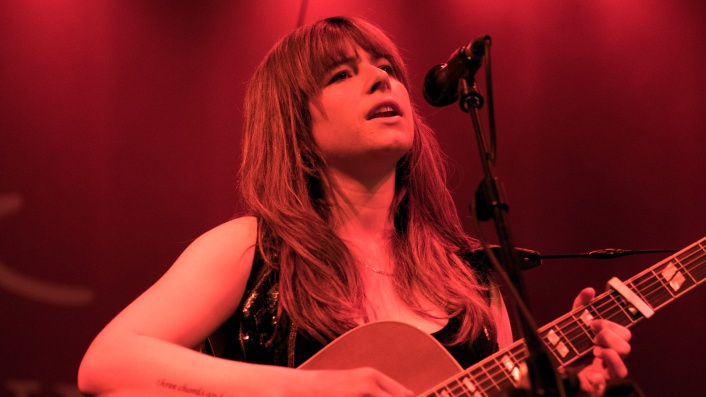 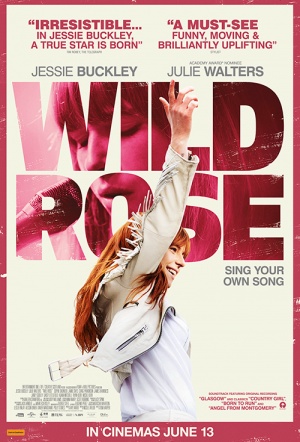 Jesse Buckley (Beast) is a single mother and ex-con from Glasgow who dreams of becoming a country star in this drama co-starring Julie Walters.

"Rose-Lynn Harlan has dreamt of becoming a country music star for as long as anyone can remember. But Glasgow isn't exactly Nashville, and, as a convicted criminal and single mother of two young children, Rose-Lynn is more country song than country starlet. Just released from prison, forced to wear an ankle monitor and keep curfew, she can't return to her job as the house-band singer at Glasgow's Grand Ole Opry ... Rose-Lynn lands a new job as a housekeeper for the lovely, and very posh, Susannah (Sophie Okonedo). After catching her singing on the job, Susannah's kids quickly become Rose-Lynn's biggest fans and Susannah her enthusiastic patron, determined to help her get to Nashville. But Rose-Lynn's dreams come at a cost." (Toronto International Film Festival)

A happy-sad drama of starstruck fever that lifts you up and sweeps you along, touching you down in a puddle of well-earned tears.

Wild Rose tries its best, with almost wall-to-wall tap-along country ditties and a gushing, gurning, stage-set finale. It's not enough, though.

This is a sentimental, faintly unreal story: very well sung.

Taylor's central trio of women are real, believable, relatable and mostly funny as hell, in a film that is a little gem.

Much will be made of former musical reality show contestant Buckley's phenomenal performances. But it's as an actor that her RADA-trained register impresses the most.

A seemingly well-worn narrative becomes a more interesting look at the responsibilities and rights of being a mother with a dream.