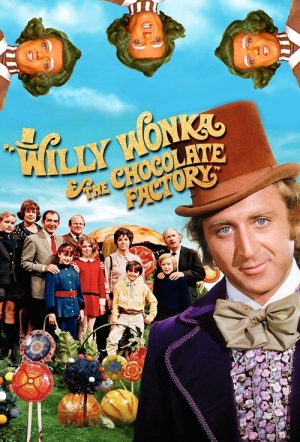 The 1971 family classic with Gene Wilder as candy mogul Wonka. Roald Dahl's tale sees poor young Charlie win a trip to the most eccentric chocolate factory. The world is astounded when Wonka, for years a recluse in his factory, announces that five lucky souls will be given a tour of the factory - shown all the secrets of his amazing empire, and one will win a lifetime supply of Wonka chocolate. Finding a golden ticket in one a Wonka chocolate bar, young Charlie is chosen as one of the five along with Veruca Salt, Mike Teevee, Violet Beauregarde and Augustus Gloop.