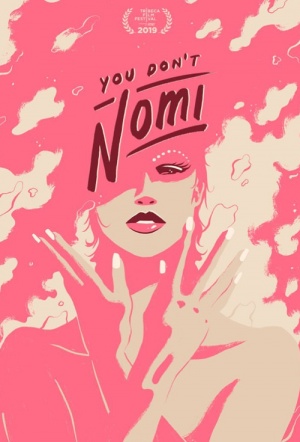 Documentary on the much-maligned Paul Verhoeven film Showgirls, tracing its journey from disastrous critical and public reaction upon release through to a period of reappraisal.

"Showgirls’ reputation has been resuscitated in the intervening 24 years, and conceding one’s admiration for Nomi Malone’s sordid tale is no longer the admission of questionable taste it once signified. You Don’t Nomi brilliantly draws on archival footage of Showgirls’ production, revealing interviews with the major players, and surprisingly thoughtful conversations with the cinephiles who are leading the charge in the film’s redemptive journey from a notorious flop to cult classic. Is it a masterpiece? Or is it a piece of sh-t? McHale’s addictive documentary argues for a third designation: the masterpiece of sh-t." (Tribeca Film Festival)

While far from a straightforward documentary about a widely marginalized film, You Don’t Nomi reminds us that it’s okay to like things with rough edges, that streamlined perfection is overrated and, more than anything, it’s okay to deeply love something that most other people loathe.

The smartest thing You Don’t Nomi does is staunchly avoid adopting a single point of view. Those seeking a defense of the notorious 1995 flop Showgirls will find plenty here to support their case. But this new documentary wisely solicits a broad range of opinions.

In the context this doc provides for the cult classic, it makes you want to see Showgirls again regardless of whether you belong to that cult or not.

Even if Verhoeven has stood by the film by repositioning it as deliberate satire, McHale skillfully dismantles that attempted spin with excerpts from the Dutch director's companion book to the release, discussing its themes with risible pretentiousness.

Nayman’s observations, though astute and impassioned, color too many of the film’s arguments, and it ends up feeling like Nayman’s movie. McHale even borrows Nayman’s phrase “Masterpiece of Shit” for the movie’s chapter titles...

The critical rehabilitation of Paul Verhoeven’s 1995 “Showgirls” continues apace with “You Don’t Nomi,” a documentary that wants to appear inventive but too often comes off as affected, directed by Jeffrey McHale.