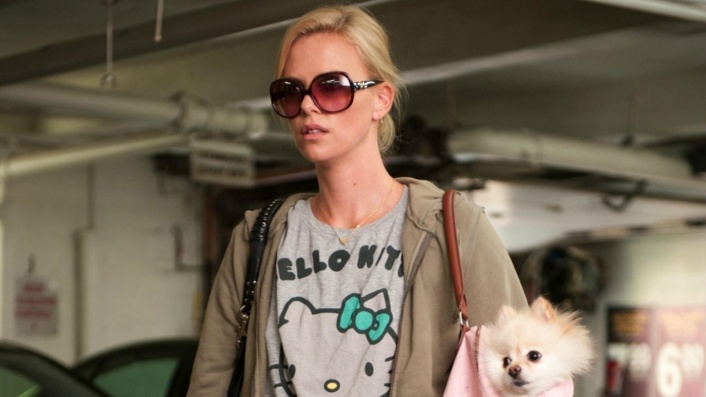 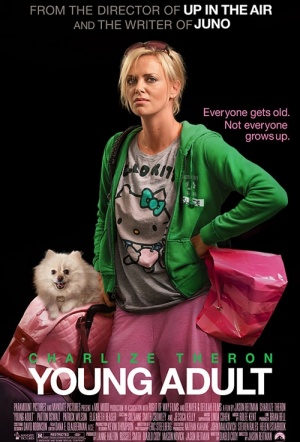 The director and writer of Juno re-team for this comedy-drama about a woman returning home in an attempt to revive her high school glory years. Stars Charlize Theron (Monster).

Mavis (Theron) is a cynical, self-obsessed writer of teenage fiction who returns home - Mercury, Minnesota - to win back her high school crush: Buddy (Patrick Wilson, Insidious), now happily married and with kids. Buddy isn't particularly willing though, and having been roundly despised at school Mavis doesn't get support from her old chums either (referred to as the "psychotic prom queen bitch"). The plan goes awry. But she finds help in one former classmate (Patton Oswalt, The Informant!), who hasn't gotten over his high school years either.

The deliberately prickly pic courageously risks offending audiences to arrive at a truth beyond its genre's normal grasp.

While on sardonic turf, it's scathingly funny. Then it veers from biting wit to pitiful.

Young Adult packs some ornery truths about compromise as the key to an arrested adolescent’s survival as an adult.

Shrouds its brilliant, brave and breathtakingly cynical heart in the superficial blandness of commercial comedy.

I realized what a fearless character study it is.

Nobody ever said that adolescence was pretty.

This is comedy extracted from pain start to finish.

Offers no real pleasure and has no resonance, other than a bitter aftertaste.

A tart and abrasive character study.

An empathetic but bravely brittle portrait of an aging queen bee.