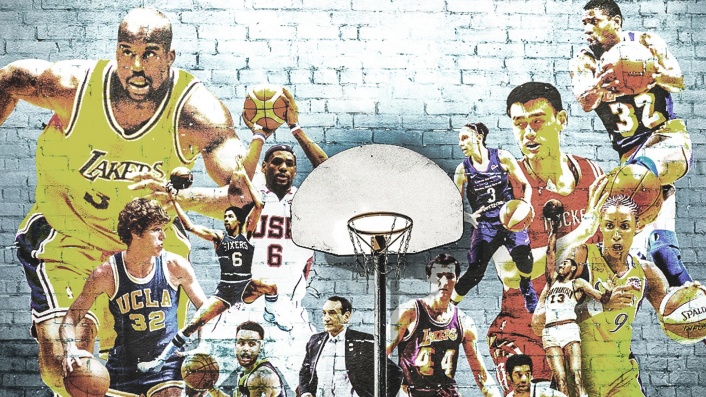 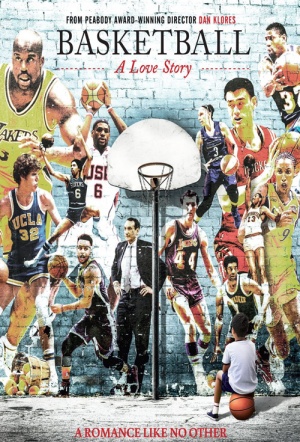 From childhood excitement to mature reflection the game's emotional spectrum is presented through the player-coach relationship. From its origins as the brainchild of James Naismith and development in East-coast urban environs as well as middle-American settings, the game's impact and legacy is revealed through both an artistic and intellectual appreciation from the sport's most recognizable figures.

As a player and as a basketball fan, you haven't seen a dunk contest until you've seen Dr J. against David Thompson in the inaugural ABA dunk contest. You don't know what a rivalry is until you've heard the story of Russell versus Wilt.

In this third episode of Basketball: A Love Story, we take a look at the greatest college basketball dynasty of all time, UCLA, and the legendary Coach Wooden. You'll also see Texas Western over Kentucky in one of the most important championship games ever. Plus, the wild characters of the ABA, the injustice that cost Connie Hawkins years of his career, and the tragedy of Maurice Stokes and how that changed the relationship between the NBA and its players forever.

You don't want to miss the Game of the Century in college basketball. And you don't want to miss Pat Riley breakdown in tears, real tears, when he talks about winning. And then, how about learning where One and Done really started--the Supreme Court?!--with the legendary Spencer Haywood. Then sit back and be blown away by basketball's icons of style.

You're about to see David against Goliath, David Thompson going head to head with Bill Walton's UCLA Bruins. And the Skywalker's legendary scoring race against The Ice Man back in '78. We'll meet 'The General', Bobby Knight--three championships and too much controversy to keep track of. Also, a look at what some consider to be the greatest game in NBA history. Then we got the Deal of the Century, how the ABA and NBA came together and the two guys who made millions off the deal.

Coming up on Basketball: A Love Story, we highlight some of the most influential people in basketball along with some unbelievable stories: We start with somebody near and dear to my heart, Pat Summitt, maybe the greatest coach ever. John Thompson, one of the most important coaches ever. David Stern, the man who made the NBA what it is today. Then you got the rivalries, Philly and Portland duke it out; the Lakers and Celtics slug it out. And we'll ask the question everyone thinks they have the answer to: are basketball geniuses born or made.

If you like conspiracies, we got one for you with the original draft lottery. The fall of the Berlin Wall and how it opened up the game around the world. Air Jordan--the man, the myth, the legend. And If you like little guys? You know, all seven footers got a lot of love for the little guys, then look out below for A.I., Tiny, Nash, Cousy, CP3, Isiah and many more.

You want inspiration? How about Magic, his comeback, and what it meant to the world. Then there's the Zen Master and His Airness, Phil Jackson and Michael Jordan take over the world with the Chicago Bulls. We also take a look at the new generation of college coaches in the eighties and nineties--Jimmy V, Tark the Shark, Coach K, Nolan Richardson. And don't think we forgot about Pat versus Geno. If you love the game you gotta watch Basketball: A Love Story.

In this episode you're going to hear the story of the birth of the WNBA and how it's thrived for more than two decades. Plus, the love and hate relationship with Kobe and Shaq and all the ups and downs they had in LA. Lebron James, the superstar who stayed loyal to his friends. And the new generation of big men from across the globe.

In this episode you're going to hear the story of the birth of the WNBA and how it's thrived for more than two decades. Plus, the love and hate relationship with Kobe and Shaq and all the ups and downs they had in LA. Lebron James, the superstar who stayed loyal to his friends. And the new generation of big men from across the globe.