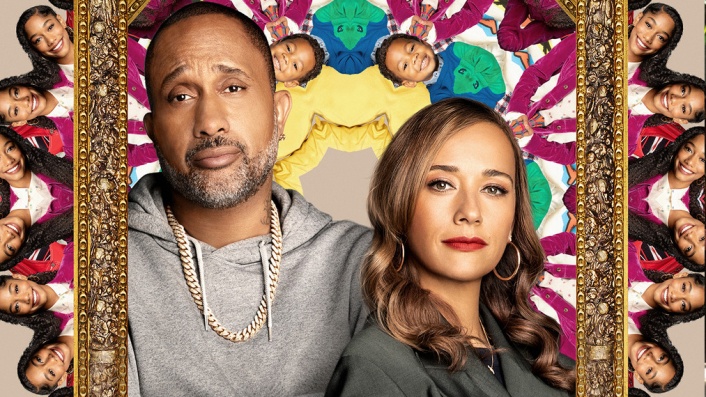 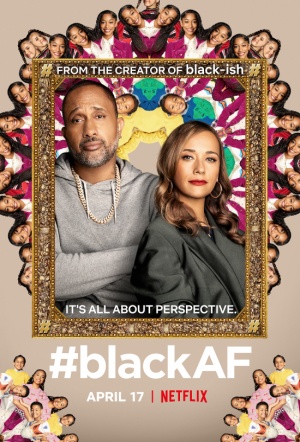 On announcing the show, Netflix said #BlackAF is "inspired by Barris' irreverent, highly flawed, unbelievably honest approach to parenting, relationships, race, and culture... [this show] looks to pull the curtain back and reboot the 'family sitcom' in a way we’ve never seen before."

because of slavery too

On a parents night out, Kenya and Joya party a little too hard.

still... because of slavery

Ahead of the family's Juneteenth party, Joya struggles to confront Izzy about her dance video.

yup, you guessed it. again, this is because of slavery

Tired of Black dads never getting praise, Kenya strives to be a more involved father.

yo, between you and me... this is because of slavery

After criticizing a Black film, Kenya seeks out honest feedback from his family and peers.

hard to believe, but still because of slavery

i know this is going to sound crazy. but this, too, is because of slavery

A lavish, peaceful family trip takes a turn when the kids attempt to venture outside their comfort zones.

i know you may not get this. but the reason we need a holiday is because of slavery

As Joya takes time to focus on herself before her event, Dreas tries to bond with Chloe.

“Black-ish” has, historically, been a really good show in part because of those guardrails. “#blackAF” is a fiasco only interesting in the degree to which it detonates and, retroactively, somewhat spoils Barris’s work so far.

Though the words “Unapologetically. Unforgettably. Unabashedly. Unforgivably” scroll across its opening credits, Kenya Barris’ newest series “#blackAF” (with eight episodes premiering Friday) is anything but.

It feels like a kind of confessional — although it rarely rises above surface-level self-aggrandizing — and it meanders due to the absence of a clearly expressed series arc.

Though #blackAF is frequently very smart, and at times explosively funny, the comparisons it constantly invites to Barris’ previous work can be terribly distracting.

The easy instinct is to call #blackAF Barris' Curb Your Enthusiasm, but I don't think Larry David has ever truly used his HBO comedy as self-exposing therapy in the way that Barris does here.

The result can be very funny at times. It’s just unfortunate that the traditional family sitcom Barris is “rebooting” is his own, which is still on the air and enjoyed by millions every Tuesday.

This is a show about the black experience, yes, but it’s also about the 1%, and to me, that makes for an interesting combination, one that allows for both conversation and occasional controversy.

The cast handles the whip-smart dialogue perfectly. It’s hardly a surprise Barris and Rashida Jones are terrific, but it ain’t easy finding a half-dozen young to very young actors who are so authentic, so skilled at comedic timing, so good at creating original characters who are believable even in his heightened comedic atmosphere.