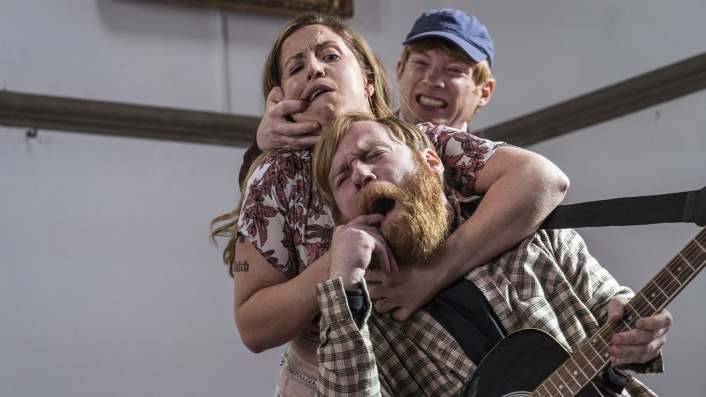 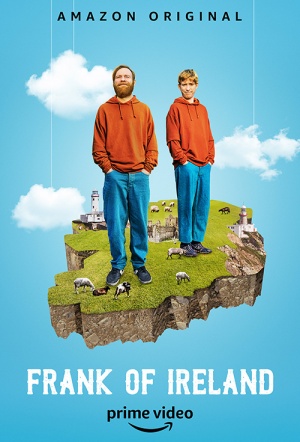 Brian Gleeson (Peaky Blinders) leads this six-episode Irish comedy as a fully grown man who must now act like one after being kicked out of his parents' house. Co-stars Pom Boyd (Rosie) Sarah Greene (Dublin Murders) and Domhnall Gleeson (About Time).

Frank is a 33-year-old catastrophe; a misanthropic fantasist in arrested development who’s convinced that the world owes him. He's also our hero. He has a tenuous hold on reality, a single room in his mother’s home, an ex he can’t get over and a loyal best friend, Doofus. This is the story of a man’s hapless search for respect. We don’t want him to succeed, but it’s fun to watch him try.

You Talkin' to Meath

With the help of best friend, Doofus, Frank is determined to win back his ex, Áine, by learning MMA, and playing his first gig in years — her grandmother’s funeral. Will Frank succeed in impressing

We Need to Talk About Kevin Costner

Frank and Doofus set out to expose P-B as the "yoked-up party boy" that Frank's sure he is. But, while collecting evidence against him, Frank starts to fall under his spell. Will P-B become his

... MORE new bestie? Is this the end of Frank and Doofus?LESS
EPISODE 1.3

With Mary bed-bound for the day, Frank and Doofus drug her with sleeping pills so they can complete their chores in peace. But in trying to nurse her back to health, have they killed her

... MORE in the process? And will Frank complete his chores?LESS
EPISODE 1.4

When Doofus is recruited to write the music for a local am-dram performance of 'Twelve Angry Women', Frank wants some limelight for himself. But when his new songs don’t receive the acclaim he’d like, how

... MORE far will Frank go to be the star of the show?LESS
EPISODE 1.5

When Frank learns that Mary's going to sell their home, and he'll have to move out on his own, he lashes out and barricades himself in. But he can’t keep her out forever - will

It's Frank's birthday and Doofus, Mary and Áine decide to gift him an intervention. His life's stuck in a cycle, and they want him to break free. Will Frank be able to break the cycle

Brian Gleeson’s feckless man-child is too selfish to root for.