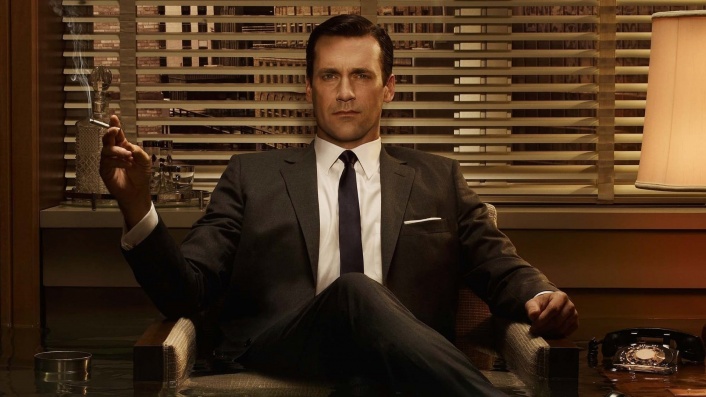 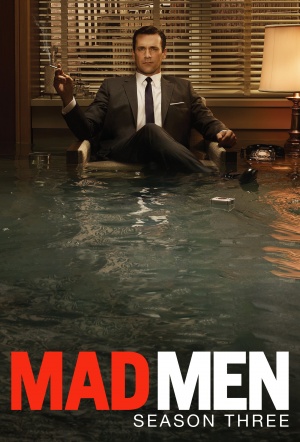 Season 3 takes place six months after the conclusion of Season 2 and ends in December 1963. It chronicles the end of the "Camelot era" as the characters go through immense change in their professional and personal lives.

In the third-season opener, Salvatore and Don take a business trip out of town. Pete Campbell and Ken Cosgrove worry about the changes at Sterling-Cooper and how the changes will impact them.

Love Among the Ruins

Don's father-in-law pays a visit to his daughter's family. Peggy works hard on a campaign while the firm tries to decide if they will accommodate an unusual request from a client. Elsewhere, Roger plans a

The writers make an attempt to stave off late-night boredom during a mandatory overtime session. Roger throws a party as Joan and Greg host their own party. Sally has a run-in with Grandpa.

Don and his father-in-law cross paths. Meanwhile, Peggy is in search of a new roommate; and a rich new client is excited to be doing business with the firm.

Sally's behavior causes concern for Don and Betty. Betty has an eye-opening dream that has a strange effect on her. Pete tries to work a new business angle in his dealings.

Guy Walks Into an Advertising Agency

Sterling Cooper receives a surprise visitor; Sally has been spooked by something (or someone); and Joan receives some shocking news.

Betty tries her hand at local politics. Don is forced into thinking about the future. Peggy receives a luxurious gift.

Don decides to include Betty on a company business trip. Pete lends a hand to a neighbor in his apartment building.

There is trouble for Don and Sal in giving their clients what they ask for. Meanwhile, Betty hosts a fundraiser.

The firm celebrates as they hit a milestone. Peggy and Paul compete to secure the same account.

The Gypsy and the Hobo

A former client makes a return; Betty and her kids go on a trip; and Joan and Greg make plans for their future.

Peggy's taste in men proves questionable. Pete has to make a big decision about his career and a candidate makes a big impression on Don.

Shut the Door, Have a Seat

Don has a big meeting with Connie about their future relationship. Betty is the beneficiary of some interesting advice and Pete has a serious sit-down with some clients.