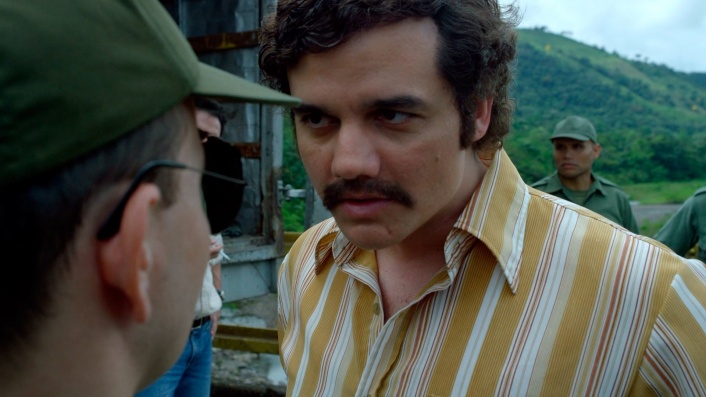 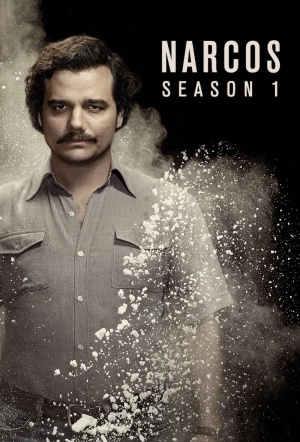 A gritty chronicle of the war against Colombia's infamously violent and powerful drug cartels. Season 1 chronicles the rise of drug lord Pablo Escobar, the ruthless boss of the Medellin Cartel and a known terrorist who was also a congressman, a family man and revered by the poor as a new Robin Hood.

The Sword of Simón Bolivar

Communist radical group M-19 makes a move against the narcos, while Murphy gets an education in Colombian law enforcement from his new partner Peña.

The Men of Always

Murphy encounters the depths of government corruption when he and Peña try to derail Escobar's political ambitions by proving he's a narco.

The Palace in Flames

Despite a new extradition treaty, the U.S. puts more money into fighting communism, creating new challenges for Murphy and Peña in the hunt for Pablo.

There Will Be a Future

Pablo's extreme methods put the narcos on the brink of war with Carillo and the government. Peña tries to protect his witness, Elisa.

Peña and Carillo close in on Gacha, while Murphy tries to protect pro-extradition candidate Gaviria from a notorious assassin connected to Pablo.

You Will Cry Tears of Blood

Pablo goes into hiding as the political tide turns against him, but he finds a way to strike back. Murphy and Peña finally get the CIA to help them.

A tragic mistake forces the government to change tactics in the fight against Pablo. But Pablo faces bigger threats from inside his empire.

The hunt for Pablo seems to be over after he makes a deal with the government, but Murphy and Peña -- and the Cali Cartel -- have other plans.

Pablo's activities in prison provoke the government into taking extreme action. Murphy and Peña face a situation of their own.