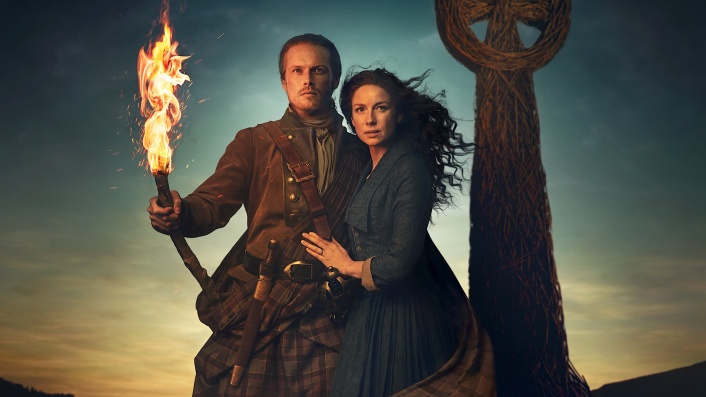 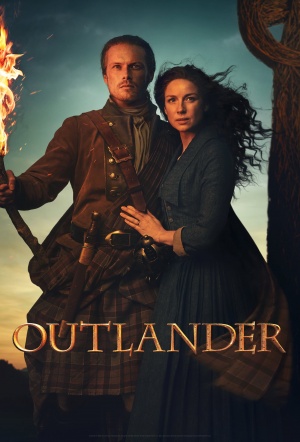 Season Five of Outlander finds the Frasers fighting for their family and the home they have forged on Fraser's Ridge. Jamie must find a way to defend all that he has created in America, and to protect those who look to him for leadership and protection -- while hiding his personal relationship with Murtagh Fitzgibbons, the man whom Governor William Tryon has ordered him to hunt down and kill. With her family together at last, Claire Fraser must use her modern medical knowledge and foresight to prevent them from being ripped apart once again. However, while focusing on protecting others, she risks losing sight of what it means to protect herself. Meanwhile, Brianna Fraser and Roger MacKenzie have been reunited, but the spectre of Stephen Bonnet still haunts them. Roger strives to find his place -- as well as Jamie's respect -- in this new and dangerous time. The Frasers must come together, navigating the many perils that they foresee -- and those they can't.

The mood of celebration at Fraser’s Ridge is dampened by a mandate from a powerful political figure in North Carolina, and a shocking revelation about a long-standing adversary.

Jamie continues to hunt Murtagh and his band of Regulators, with a dedicated lieutenant and a contingent of redcoat soldiers at his side. When a settler at the Ridge dies of a preventable illness, Claire is inspired to take action.

The growing Regulator threat forces Jamie, Claire and Roger to embark on a mission to raise a militia.

Roger leads Jamie's militia to the trading post of Brownsville and finds himself embroiled in a bitter feud; Jamie and Claire arrive to find that Roger's unusual strategy may have cost them the loyalty of the militia.

Jamie and his militia arrive at Hillsborough to learn that Governor Tryon has proposed a rather unorthodox solution to deal with the threat posed by the Regulators and to resolve the growing political crisis.

Better to Marry Than Burn

The Regulator Rebellion reaches a boiling point, forcing Jamie to face his fear and confront the consequence of his divided loyalties.

The Ballad of Roger Mac

The Regulator Rebellion reaches a boiling point, forcing Jamie to face his fear and confront the consequence of his divided loyalties.

The Frasers must come to terms with all that has changed in the aftermath of the Battle of Alamance Creek.

When Jamie is bitten by a venomous snake, Claire fears she may not have the resources to save him; Jamie asks Roger to complete an important task in the event of his death.

Jamie and Roger implement their plan to eliminate the threat looming over them, but it goes awry; Brianna is forced to confront her greatest fear and fight for her and her son's lives.