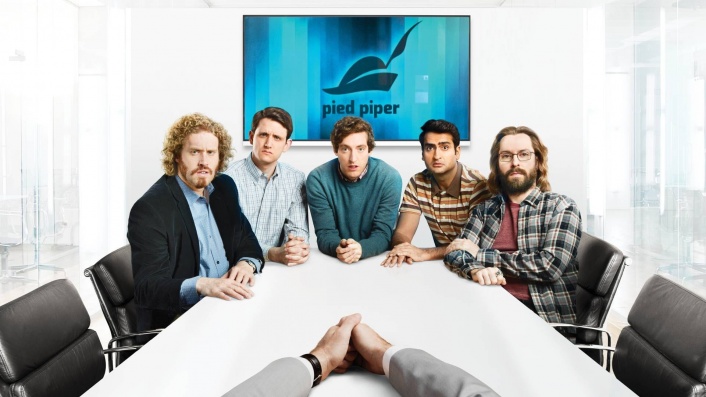 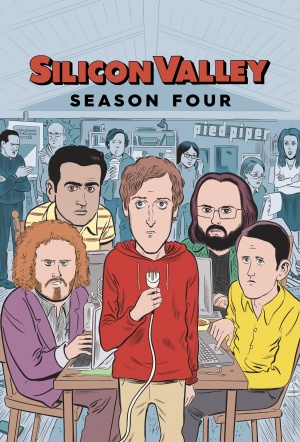 Change is in the air as the Pied Piper guys pursue their video-chat app, but Richard has a hard time letting go of his dream to put his algorithm to better use. Meanwhile, Monica deals with new competition in the office, and Gavin faces big changes at Hooli and beyond.

In the wake of Pied Piper’s clickfarm scandal, the guys struggle to find funding for Pied Piper’s video-chat app to keep up with their rapidly growing user base. Erlich faces resistance from Big Head’s dad,

... MORE while Gavin balks after Jack steps on his toes at Hooli. Having a hard time adjusting to his company’s pivot, Richard gets sage advice from an unexpected source, leading him to a big idea that could change his future.LESS
EPISODE 4.2

... MORE his friendship with Richard. Gavin’s paranoia over Jack’s enthusiasm causes him to make a rash decision.LESS
EPISODE 4.3

An overtired Richard pushes himself to the brink of sanity while trying to move ahead with his next big idea. Eyeing a comeback, Erlich pressures an uncooperative Jian-Yang. Monica sets a trap at Raviga to

When Richard reaches out to an unlikely ally, Jared worries about the company he's keeping. Gilfoyle gets tough on security in the wake of Dinesh's latest dalliance; later, he considers whether to put his pride

... MORE aside for a job. Concerned about Jian-Yang's commitment to his app, Erlich takes matters into his own hands.LESS
EPISODE 4.5

Cracks in Richard's latest partnership become more apparent when he's forced to deal with an unexpected interloper. Dinesh scrambles to find a way out of his new relationship as things get more serious. After learning

... MORE of surprising developments afoot at Raviga, Monica has trouble deciding which horse to back.LESS
EPISODE 4.6

On the hunt for financial support, Richard looks outside the tech bubble, and crosses paths with a contentious figure from Pied Piper's past. Erlich reaches out to Monica and Laurie in search of a new

... MORE endeavor. A launch gone wrong finds Dinesh and Gilfoyle at war as Jared tries to keep the peace.LESS
EPISODE 4.7

When Richard decides to stand up to a patent troll, his defiance ends up coming back to haunt him. Gilfoyle goes to desperate measures to battle Jian-Yang's new smart fridge. Jared embraces multiple identities in

... MORE his quest to reduce costs. Erlich tries to hang with the alpha males.LESS
EPISODE 4.8

An unexpected increase in data traffic leads Richard to turn to Erlich for help in garnering a deal with Keenan Feldspar, Silicon Valley's latest “it” boy--but when Keenan makes a too-good-to-resist offer, Richard must weigh

While Erlich goes on a trip to get his mojo back, the Pied Piper guys take to Hooli-Con to pull off a stealth operation. There, an ethically challenged Jared tries to keep himself in the

... MORE dark, Gilfoyle and Dinesh get distracted by Keenan and Richard's obsession with an ex's new beau leads him to put their whole plan in jeopardy.LESS
EPISODE 4.10

Richard finds himself in a web of lies. Jared plans his exit. Jack bets big. Gavin plots a comeback.