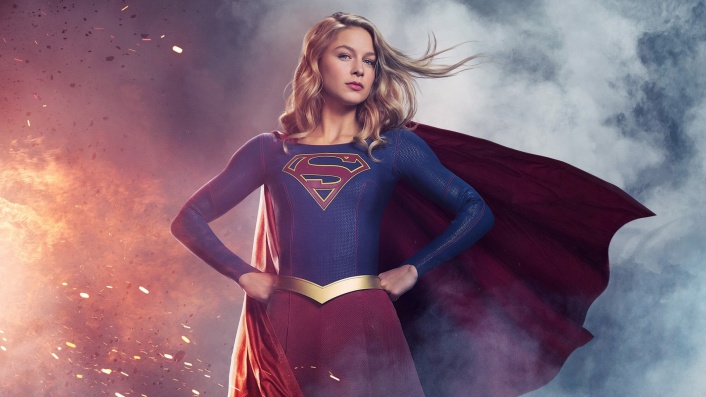 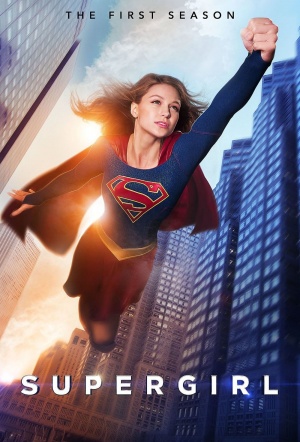 24 year-old Kara Zor-El, who was taken in by the Danvers family after being sent away from Krypton, must learn to embrace her powers after previously hiding them. The Danvers teach her to be careful with her powers, until she has to reveal them during an unexpected disaster, setting her on her journey of heroism.

After 12 years of keeping her powers a secret on Earth, Kara Zor-El, Superman's cousin, decides to finally embrace her superhuman abilities and be the hero she was always meant to be.

When Kara’s attempts to help National City don't go according to plan, she must put aside the doubts that she -- and the city's media -- has about her abilities in order to capture an

... MORE escapee from the Kryptonian prison, Fort Rozz. Also, Cat pressures James to use his connection to Superman to get her an interview with Supergirl.LESS
EPISODE 1.3

Supergirl’s powers are tested when Reactron, one of Superman’s formidable enemies, arrives in National City and targets the young hero. Also, Cat plans to run an exposé on Supergirl.

Kara's Thanksgiving may be ruined when she suspects her foster mother, Dr. Danvers, who is coming to town, disapproves of her new role as a superhero. Also, when an accident transforms a volatile CatCo employee

... MORE into the villainous Livewire, she targets Cat and Supergirl.LESS
EPISODE 1.5

How Does She Do It?

Kara’s two identities are stretched thin when Supergirl must protect National City from a series of bombings and Kara is tasked with babysitting Cat’s son, Carter. Also, James is conflicted when his ex-girlfriend Lucy Lane

Personal and professional stress get the better of Kara when she goes too far during a training exercise against Red Tornado, a military cyborg commissioned by Lucy Lane’s father, General Sam Lane. Also, Cat’s tough

... MORE exterior is shaken by a visit from her judgmental mother, Katherine, and Alex enlists Winn to look into her father’s mysterious death.LESS
EPISODE 1.7

Human for a Day

Kara and her friends must rely on their inner strength and courage when an earthquake strikes National City. Also, Alex’s mistrust of Hank reaches a breaking point when the earthquake traps them in the DEO

Kara goes toe-to-toe with Astra when her aunt challenges Kara’s beliefs about her mother. Also, Cat is threatened with being removed as the CEO of CatCo after a hacker exposes her private and damaging emails.

With Astra in captivity at the DEO, her husband, Non, captures Hank, leading to a tense standoff between the two sides. Also, Kara continues to refute Cat's allegations that she is Supergirl.

Kara does her best to support Winn when his father, the supervillain Toyman, breaks out of prison and seeks out his son for unknown reasons. Also, Cat offers Lucy a job at CatCo and Alex

Strange Visitor From Another Planet

Kara must help Hank face his painful past when a White Martian, a member of the alien race that wiped out his people, kidnaps Senator Miranda Crane, an anti-alien politician. Also, Cat's estranged son, Adam,

Kara faces off against her mirror image when Bizarro, a twisted version of Supergirl, sets out to destroy her. Also, Kara grows closer with Cat’s son, Adam.

For The Girl Who Has Everything

... MORE never destroyed. Also, Alex, Hank and the DEO must fend off a Kryptonian attack while Kara is out of commission.LESS
EPISODE 1.14

Truth, Justice and the American Way

Supergirl does battle with the deadly Master Jailer, who is hunting and executing escaped Fort Rozz prisoners. Also, Cat hires a second assistant, Siobhan Smythe, who immediately tries to one-up Kara, and Kara and James

Kara travels to Superman’s Fortress of Solitude in hopes of learning how to defeat Indigo, a dangerous being who can transport via the Internet and who has a connection to Kara’s past. Also, James’s relationship

Kara turns on her friends and the citizens of National City after being exposed to Red Kryptonite makes her malicious and dangerous. Also, Cat appears on THE TALK to discuss Supergirl.

Kara gains a new ally when the lightning-fast superhero The Flash suddenly appears from an alternate universe and helps Kara battle Siobhan, aka Silver Banshee, and Livewire in exchange for her help in finding a

Kara must find a way to free her friends when Non and Indigo use mind control to turn National City’s citizens into their own army.

Supergirl is forced to do battle with an unexpected foe and must risk everything – including her life – to prevent Non and Indigo from destroying every person on the planet.