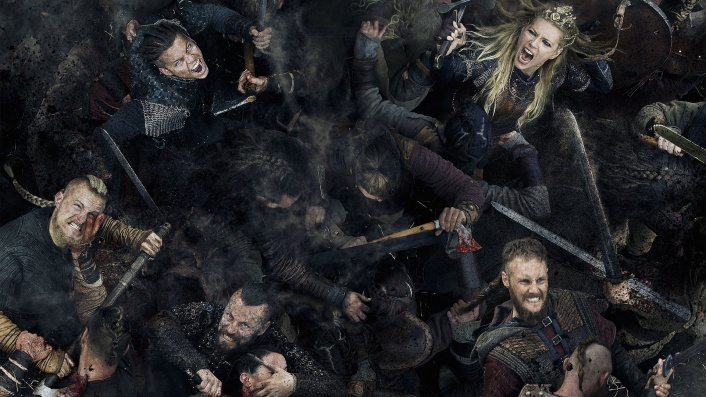 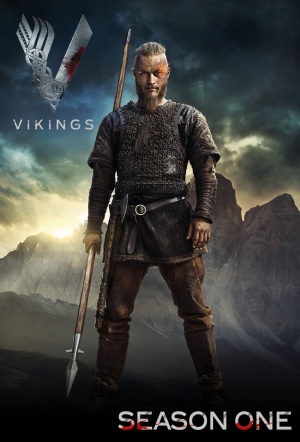 Introducing the extraordinarily complex and violent world of the Norsemen, HISTORY’s first scripted series races the gripping sagas of historical hero Ragnar Lothbrok. As claimed direct descendent of Odin, god of war and warriors, Lothbrok's mystical nature and devotion to the gods feeds his stealthy maneuvers and determination to become King of the Vikings.

Ragnar Lothbrok is a warrior and a farmer who dreams of finding riches by bucking the tradition.

Wrath of the Northmen

The journey west begins as Ragnar gathers a crew willing to risk their lives to travel into the unknown. Earl Haraldson's paranoia reaches new heights as his fear of Ragnar's success grows.

Ragnar and his crew return from their trip with treasure, and Earl Haraldson has no choice but to sanction another raid. The west is open for the taking, and the Vikings' world will never be

Ragnar and his crew sail out with Earl Haraldson's permission.

A seer reads Earl Haraldson's future and tells him that Ragnar searches for his death.

Burial of the Dead

Ragnar, weak and still hurt, must meet the Earl head-on after it comes to light that Rollo has been tortured on Haraldson’s orders. The two men will come together face to face with a single

... MORE outcome possible: Only one man will leave this fight alive.LESS
EPISODE 1.7

Three Viking ships sail toward the Royal Villa of King Aelle in eastern England. Ragnar wants ransom in exchange for peace, but the king has a very different plan in mind.

The traditional pilgrimage to Uppsala to thank the gods brings a torrent of emotions for Ragnar, Lagertha, and Athelstan. Ragnar, pulling farther away from his wife goes to make peace with the death of his

... MORE unborn son. Lagertha, still reeling from her miscarriage, wants to find out from the gods if more sons are in her future. As the Vikings come together to sacrifice and give thanks to their gods, Athelstan discovers just how strong his Christian faith still is.LESS
EPISODE 1.9

Ragnar travels to Götaland to help King Horik resolve a land dispute with the area's leader, Jarl Borg. Meanwhile, sickness infects the village of Kattegat, and the people look to Lagertha to help them appease

... MORE the gods.LESS
See all