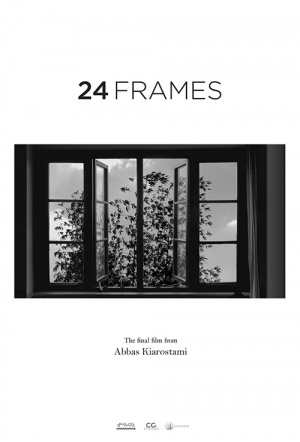 The final film by Iranian auteur Abbas Kiarostami is an experimental film composed of 24 short films inspired by still images.

"What happens in the moments before and after a photograph is taken? 24 Frames answers this question and unites the two artistic languages Kiarostami dedicated his life to. Melancholic and joyous, serious and mischievous, it’s a refined meditation on the passage of time and on the fragility of existence – themes central to the cinema of this revered Iranian director." (Sydney Film Festival)

Director:
Abbas Kiarostami ('The Wind Will Carry Us', 'Through the Olive Trees', 'Certified Copy')

Takes up residence in your mental jukebox in a way that's so haunting, for a while it crowds out all the other beauty you've heard.

"24 Frames" can't help but be affecting because it is Kiarostami's final movie. But it's intellectually uninvolving, and its technical limitations prove frustrating.

Kiarostami has gone but the work lives on. His unconscious, I think, has infected us all.

In the seconds and minutes around the taking of a photograph, Kiarostami reminds us, the world changes, but mostly in increments.

It is occasionally a little repetitive, but this is a mellow, mediative swansong, and Kiarostami's ongoing public dialogue with cinema will be sorely missed.

The ravishing "natural" beauty of the scenes has been masterfully contrived by the camera lens, aperture and framing.