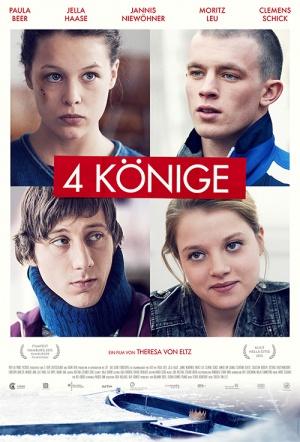 When 16-year-old Alex (Paula Beer) lands herself in the emergency psychiatric unit just before Christmas, she's forced to spend the holiday with some new oddball friends.

"Christmas is approaching, and with it, the desire for harmony, beauty, light and hope. Alex makes a radical decision. A day later she finds herself in the adolescent psychiatric emergency unit. She meets Lara (Jella Hasse), the striking daughter from an academic family, who's having acid flashbacks; shy Fedja (Moritz Leu), who is being bullied at school; and violent Timo (Jannis Niewöhner). Under the care of the young psychiatrist Dr. Wolff (Clemens Schick), they will spend a Christmas together that none of them will ever forget." (Berlin International Film Festival)