A Night in the Life of Jimmy Reardon 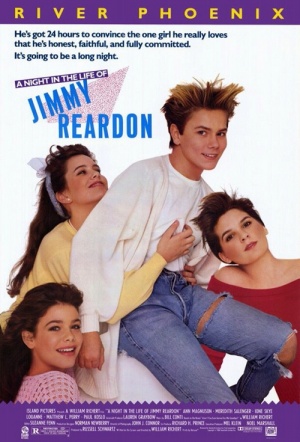 Set in 1960s Chicago, River Phoenix is a recent high school graduate faced with two options: go to a business school like his father wants, or go alone and get a full time job. Bumming around with his upper-class best friend (Matthew Perry) and a bevy of female admirers, Jimmy instead focuses on raising cash to buy a plane ticket to Hawaii.

The released film deviates from the original director's cut, which was later released under the title Aren't You Even Gonna Kiss Me Goodbye?